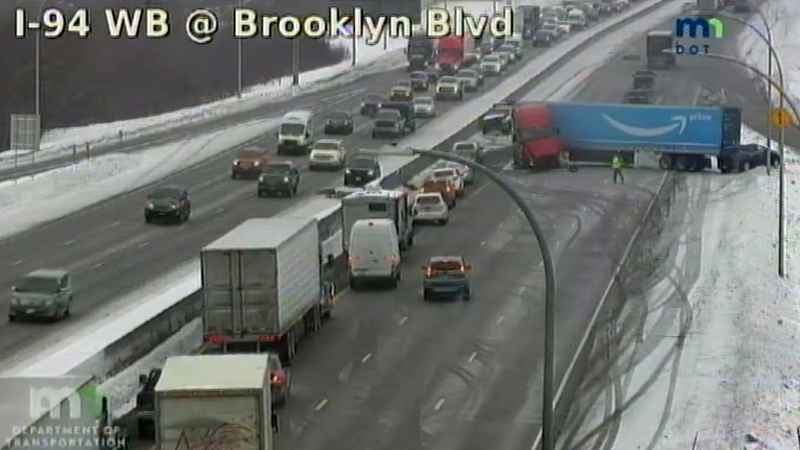 Smith said the concrete median was damaged in the crash and some of the concrete debris spilled into the eastbound lanes.

Traffic was able to pass by via the shoulder.

Smith said to expect delays in both directions.

Meanwhile, the Minnesota State Patrol reported as of 10 a.m. Thursday, state troopers had responded to 113 crashes. Twelve of those crashes caused injuries and one caused serious injuries. None of the crashes were fatal. Additionally, there were 55 vehicle spinnouts.