“That’s terrifying, extremely unsettling, both for my family in Ukraine and for us here,” he says. “You never know when something can happen, when the air raid alarm will go off.”

Komarenko, a counselor-educator at Mankato State, moved from Kyiv to Minnesota in 1997 to pursue a college education. 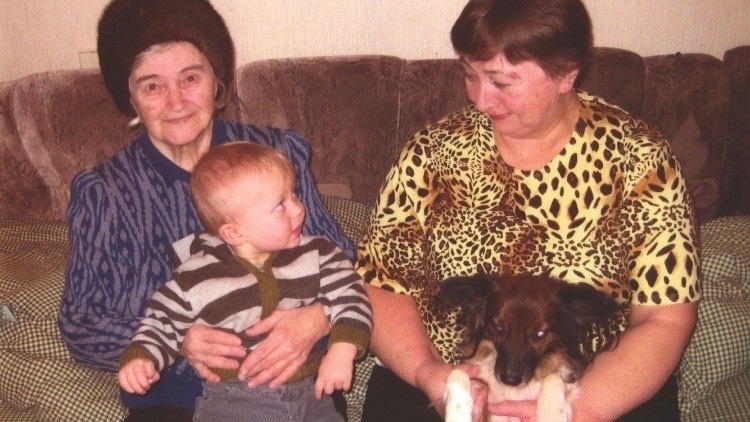 But his mother Tetiana, now in her 70s, remains in Kyiv — and Komarenko, who spoke with her Saturday, says he’s worried about her safety.

“I asked her ‘what if the air raid alarm went off?’” he explains. “She says she has all the documents and immediate necessities packed, but she does plan to stay home, away from windows, unless there’s a clear and present danger.”

In Kyiv, the mayor has announced an evacuation plan, including inspections of Soviet-era bomb shelters.

“The capital city officials have reported readiness with about 1,500 shelters, in addition to substantial depth subway stations, which they plan to use,” Komarenko notes.

The White House says President Biden, during an hour-long phone call with Russian President Vladimir Putin, warned the United States would respond “decisively and impose swift and severe costs” if the Kremlin attacked its neighbor.

Meanwhile, the Pentagon has ordered an additional 3,000 troops to Poland.

All this, as massive Russian military exercises take place in Belarus, just north of Ukraine, has U.S. officials concerned.

“We can’t pinpoint the day at this point, and we can’t pinpoint the hour,” National Security Advisor Jake Sullivan told reporters. “But what we can say is that there is a credible prospect that a Russian military action would take place even before the end of the Olympics.”

The Russian buildup, the U.S. response and a possible invasion are being watched closely by Minnesota’s Ukrainian-American community, which numbers about 17,000 people.

“It sounds like it could happen any day as Biden has said, but you also keep hearing this Wednesday,” declares Stefan Iwaskewycz, a professional photographer who was born and raised in Minneapolis.

Iwaskewycz says he has family members both in Kyiv, the capital city and in western Ukraine.

He says a female relative he spoke with says the situation is much calmer in the western part of the country.

He says some family members living in Kyiv have go-bags packed, ready to move west, away from the Russian border.

“All of that seems too late to me,” Iwaskewycz says. “I’m worried about their safety. How can you be moving in a country during an active invasion?”

In Kyiv, more than a thousand protesters gathered Saturday in the central part of the city, to show support for the government.

“My family has always been prepared, we have all the stuff gathered for like a couple of years now,” says Yuliia Zeits, a Kyiv resident. “Of course I’m worried, but am I afraid of imminent war? No, I don’t think so.”

Back in Minnesota, Komarenko says he and his mother are praying for peace.

“Hope is the most important. They say hope dies last,” he says. “She’s praying for a peaceful sky and that ‘all our boys’ as she puts it… get to come home to their families by the end of each day.”