‘It’s a start at trying to bridge the gap’: What the newly approved infrastructure bill could mean to Minnesota

Road and bridge construction can make for traffic jams and traffic relief. Under the $1.2 trillion infrastructure bill passed by the House Friday night, which is now heading to President Joe Biden’s desk, Minnesota could receive as much as $5.5 billion in federal funding.

"This is good news. It’s a start at trying to bridge the gap," said Ken Mika, with the Wisconsin section of the American Society of Civil Engineers.

But he says more funding is needed.

"It’s like owning your house where the roof is leaking, you can patch it up as much as you want but you actually you have to replace that roof," Mika said. "Right now, all we are doing is continuing to patch up the holes, and the hole keeps opening up once in a while."

A White House report released earlier this year says 651 Minnesota bridges and more than 4,986 miles of highway are in poor condition. The report also says infrastructure has "suffered from a systematic lack of investment." 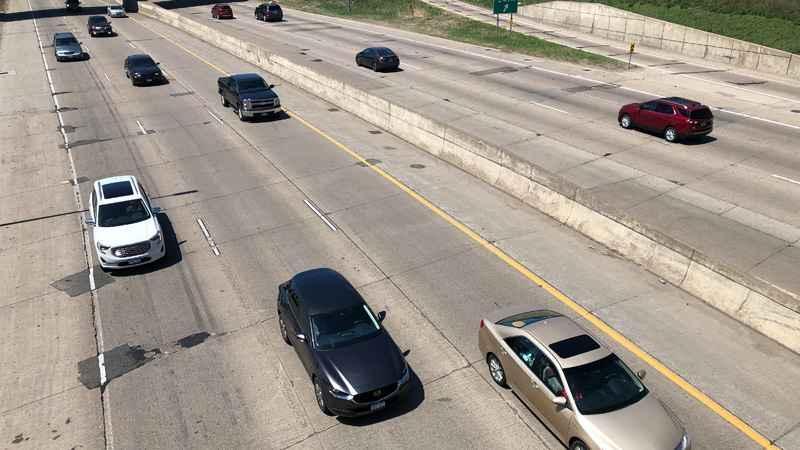 The bill sets aside $4.5 billion of funding for highway projects, with an additional $302 million for bridge replacement and repairs, over five years. The bill also earmarks $818 million for public transit.

"An overwhelming majority of the American people already believe we need to make these investments, and they’re challenging Congress to catch up to the public," Transportation Secretary Pete Buttigieg told KSTP’s Tom Hauser. "What we know is that good investments in public transit and public transportation pay off in the long run, with increased economic activity and job growth."

Frank Douma, a transportation policy expert with the University of Minnesota, says the state already receives just over $1 billion in federal aid every year. He says Minnesota typically spends about $3 billion in state money on transportation.

"This would be a nice addition to what they receive from the federal government," he noted.

And he says there’s less revenue from the gas tax, which he calls a key funding source for road and bridge construction and repair.

Mika says fuel-efficient and electric vehicles are also throwing a wrench into a once-reliable revenue stream.

The Minnesota Department of Transportation is projecting an $18 billion funding gap over the next 20 years.

Douma says there are ideas out there on how to get more money — tolls or raising the gas tax, for example — but none of them are popular. He added that hard choices may lie ahead — even with the infrastructure funding — about what should be repaired or redesigned.

"There is going to continue to be a gap going forward," Douma said. "Unless there is some new infusion of dollars between what the needs are and what’s going to get done."