Fire officials say four firefighters are recovering from minor injuries after battling a fire at a Southwest Transit Garage in Eden Prairie overnight.

Investigators say a bus caught fire around 12:30 a.m. Friday at the facility, which is located off 62nd Street to the west of 494.

Eden Prairie Fire Chief Scott Gerber says thanks to the sprinklers inside the garage, the fire was contained to one bus.

Officials tell 5 EYEWITNESS NEWS a Hopkins firefighter was taken to the hospital, while three Eden Prairie firefighters were treated at the scene.

Chief Gerber says the Hopkins firefighter was released from the hospital by 5 a.m. Friday. 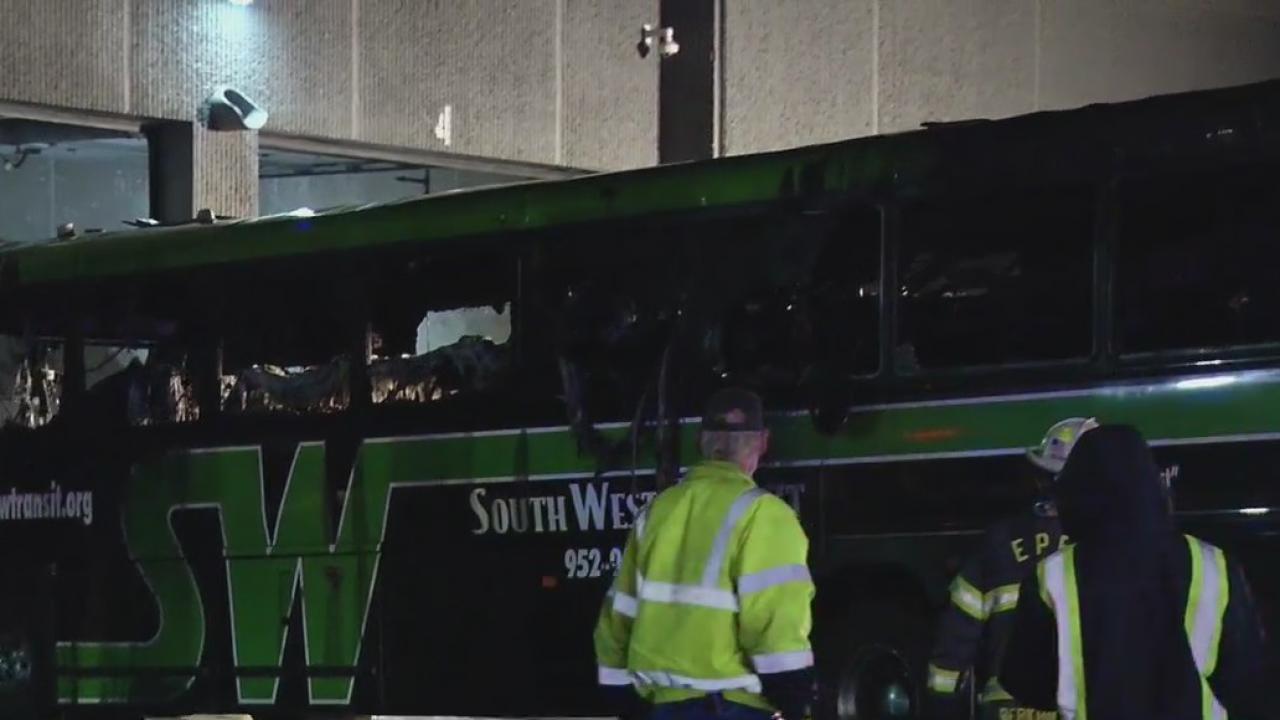 Firefighters and first responders at the scene of a Southwest Metro Transit garage fire. Photo: KSTP