Hundreds of people gathered on the grounds of the State Capitol in St. Paul for a solemn ceremony on Sunday to remember Minnesota firefighters who have died in the line of duty.

“Mike — I call him ‘Spence’ — was one of my childhood friends,” said Jeffery Schissler, who attended the ceremony attendee. “It’s a very emotional day.”

“It’s hard to believe it’s been two years already, but it also feels like yesterday,” Schissler said. “I say good morning to him every morning and goodnight. It’s a very tough process.” 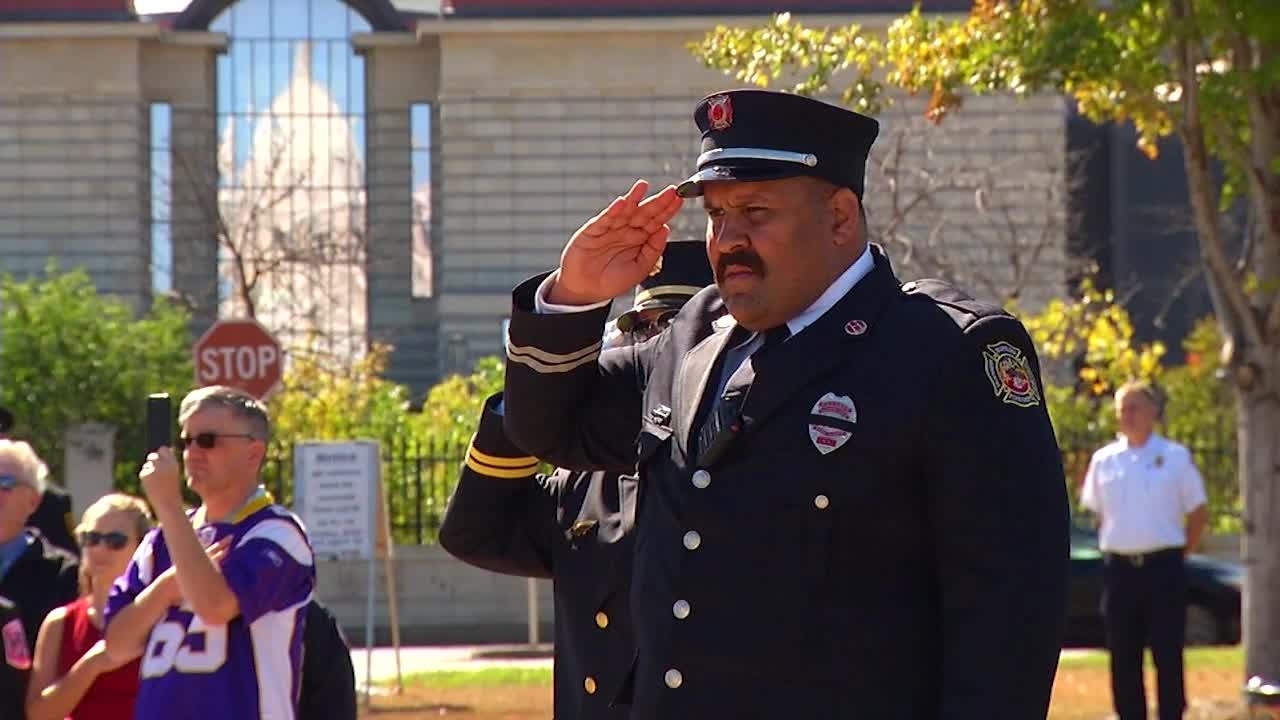 A uniformed fire official salutes during a ceremony to remember firefighters who have died in the line of duty Sunday, Sept. 25, 2022, at the Minnesota Fallen Firefighter Memorial in St. Paul. (KSTP)

Since 2011, the Minnesota Fire Service Foundation has held a ceremony to remember Minnesota firefighters each year. Firefighters, state and local officials and the community gather to pay their respects.

“This year especially was very difficult because we added 12 names to the memorial and four from a long time ago that had been missed. We had eight this year,” said Jay Wood, president of the Minnesota Fire Service Foundation.

Fire officials explained the main causes of death in the fire service are cancer and cardiac and mental health challenges.

If firefighters die in the line of duty, the fire service foundation gives the family a special flag to honor their loved ones.

“They’re taken down and pressed then folded so we can deliver them to the family members,” Wood said. “Hopefully we’ll go a long time without ever having to give out any more.”

At the end of the ceremony, doves were released into the sky as people stood in silence honoring lives lost.

“It does help a little bit. We can’t bring Mike back, but the biggest thing is really making sure that he is never forgotten,” Schissler said

The Minnesota Fire Service Foundation raised over $700,000 dollars for Sunday’s memorial.
Online contributions can be made on the foundation’s website.