The highest ranking woman in the Minnesota State Patrol is hanging up her hat after nearly 25 years on the force.

“People will say ‘How’s your job?’ and I said ‘I’m going to stay there as long as they let me,’” Schrofer said. “The best part of my job was when I was a trooper on the road.”

Schrofer explained there weren’t a lot of women in leadership across the United States when she started in 1998, but there was one at the Minnesota State Patrol.

When she was hired, the chief was a woman, who also happened to be the first female colonel in the country hired at a state police agency. 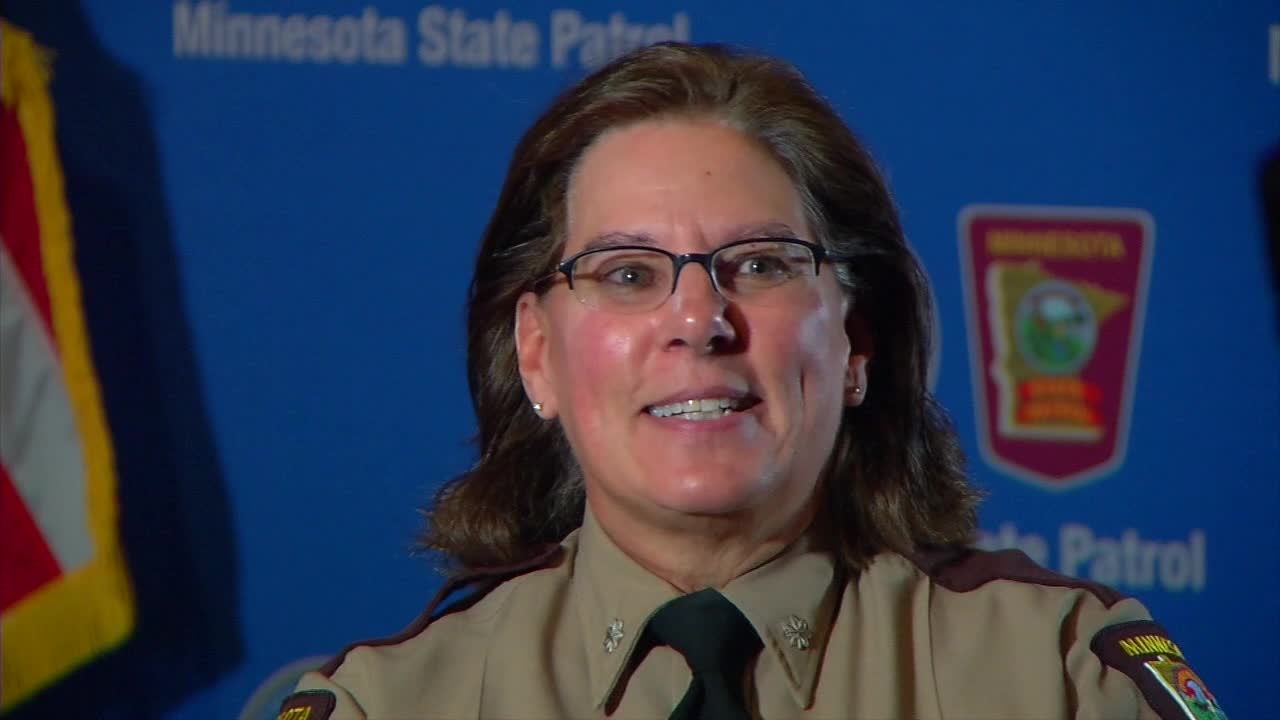 “It allows you to see that there’s opportunity,” she said. “There’s a path that you can move along because somebody’s done it before you already so it’s encouraging.”

She wanted to create that same path of opportunity for other women.

Schrofer was a part of campaigns like the 30×30 initiative that focused on recruiting more women into the job field.

female and Schrofer explained she’s still trying to pinpoint why.

“In Minnesota, since 2020, there’s been challenges,” she said. “I think maybe that’s deterring people from hiring on, which is unfortunate because now is the time that it’s most critical that we have diversity.”

She also mentioned women may be avoiding the field because having children takes them out the workforce for a period of time.

Schrofer explained recruiting more women could have a positive impact on public safety.

Schrofer reflected on a moment that happened years ago.

She made a death notification to a woman explaining her husband and 3-year-old son were killed in an accident.

“I made that death notification to her and sat on the floor in her kitchen. I cried with her and her family members for two and a half, three hours. Whatever it took,” she said.

The woman she helped wrote her a thank you card for her compassion during a difficult time. The card stayed on Schrofer’s desk for years to come.

After over two decades of moments like these, she’s hanging up her hat.

“I’m going to miss the people that I work with. They’re phenomenal people,” she said. “I don’t feel like I’ve ever been held back. If anything, I’ve been lifted up by the men in this organization, which is fantastic.”

She explained the work to get more women on the force will continue.

“We will have a new lieutenant colonel in state patrol and I’m happy to say it’s actually going to be a female,” Schrofer said.