Steven Balogh is a virus hunter.

“The last two years, it’s been looking 24/7, looking at COVID, SARS-CoV-2,” he says. “Trying to figure out what the numbers are telling us.”

Balogh, the principal research scientist for Metropolitan Council Environmental Services, works inside a laboratory, tracking the virus by using its own genetic makeup.

He says he’s collected 28,000 samples since he started wastewater testing in November 2020.

“With one sample, we can tell how much virus is prevalent in our community,” he notes. “We can also see the different variants that are circulating in the community at this time.” 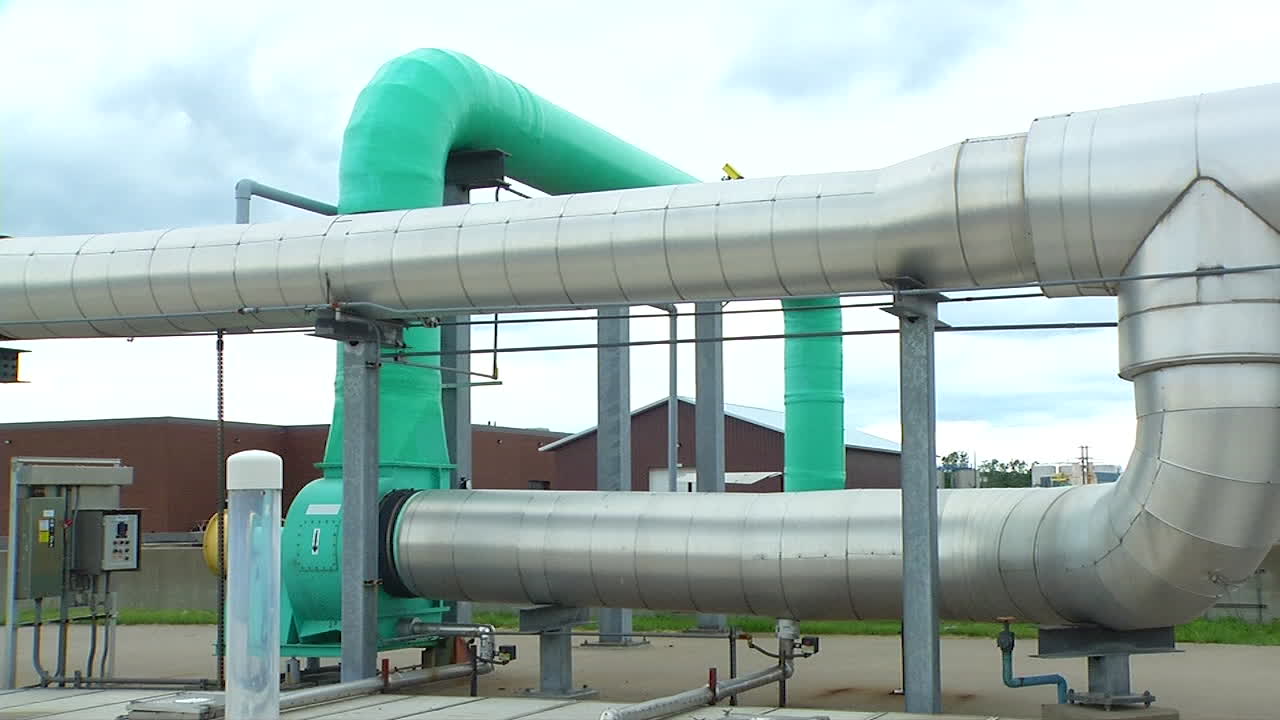 Experts say testing for diseases in wastewater isn’t entirely new. Scientists have been using the process for more than 50 years to track polio outbreaks.

The teardrop-sized samples Balogh uses in his research come from a vast resource: the sprawling metropolitan wastewater treatment plant.

“We are treating wastewater each day for almost 2 million people here at the metro plant,” Balogh says.

Dr. Kenny Beckman, the director of the University of Minnesota Genomics Center, says wastewater sampling is a good way to collect viral data from the entire population.

“It’s gathering material from everybody. You can count on that because everybody goes to the bathroom,” he explains. “Since people are doing a lot of testing at home now, the only way to really know what’s going on with numbers would be something like wastewater. Because when people test at home, those data don’t get reported.”

He says that process exposes the RNA, containing the coronavirus’ genetic material, which then can be separated out for testing.

“Each week after I’ve done the extractions, I store my samples at minus-80 Centigrade (minus-112 degrees Fahrenheit) in our freezer here and then each week, I take a batch of samples over to the genomics center.”

Center researchers then analyze those samples.

The Metropolitan Council’s latest wastewater testing report shows the viral load is down 38% from the week before, and the omicron subvariant BA.2 — more contagious, but less severe — makes up 88% of the viral RNA collected.

We asked Beckman what that means for Minnesotans.

“It’s good news to the extent that it’s no longer going up, which it was for two months, March through May,” he notes.

But Beckman says COVID has done this before.

“We’ve seen this over and over again with COVID,” he explains. “We’re on a rollercoaster, and, you know, projections are really only valid for the next two to three weeks.”

Beckman says a better scenario would be to see a longer period of low levels.

“To me, good news would be several months of low levels with no indication of marching back up,” he says. “But because of people’s behavior, response to the news, and that when numbers go down, people tend to stop masking and being less careful and socializing more. Invariably, the virus comes back.”

Beckman says there’s an upside here. Wastewater testing is effective and cheap, meaning the viral load in the entire area can be checked for a couple of hundred dollars, versus individual testing that could cost up to hundreds of thousands of dollars.

Bonnie Kollodge, a Metropolitan Council spokesperson, says the current testing is also “laying the groundwork for wastewater surveillance of other infectious diseases.”

Right now, though, she says the council is focused on testing for COVID-19.

“In the future, that’s going to be part of what we do. We’re going to be protecting public health by measuring what’s in the wastewater,” Balogh says. “It’s not to get worried and get scared of it, but it’s for information, so we can make good choices about how to behave and how to take care of ourselves.”