An old approach to affordable housing is getting another look in Hennepin County.

Single Room Occupancy (SRO) was popular decades ago but has dwindled since the 60’s and 70’s. The decline was due to new development and efforts to “clean up” cities across the country, according to housing experts.

“What that results in was a loss of this deeply affordable housing option for people who have very low incomes,” said Julia Welle Ayres, the Hennepin County director of housing development and finance.

There are 73,660 households in the county with incomes that fall within the lowest level, which is below 30% of area median income.

According to county officials, there are only 14,192 housing units affordable at that level. 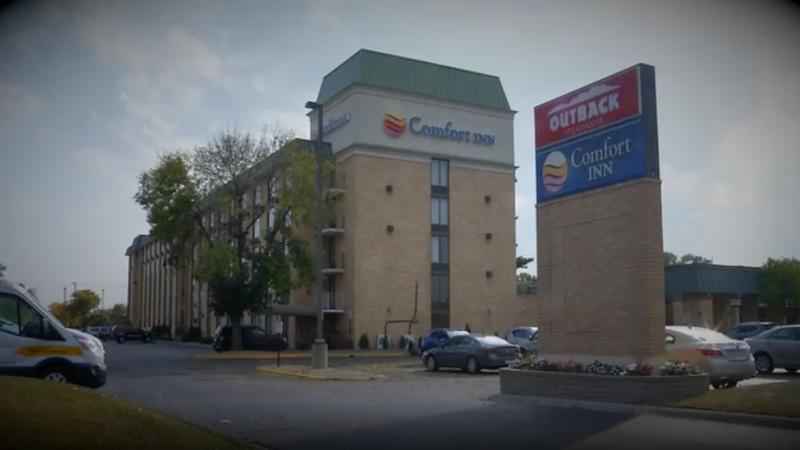 Only a handful of SRO buildings remain in Hennepin County.

Steven’s Square residence is the county’s first investment. Hennepin County bought the property at E. 19th St. and 2nd Ave. South in Minneapolis in November 2020, upgraded the building and leased it to Alliance Housing. The housing company rents the rooms for about $380 per month.

“Hennepin County hasn’t been in the business of single occupancy development in the past,” said Welle Ayres. “I think really, when the pandemic hit in spring of 2020, it just revealed the depth of our racial and economic disparities in housing affordability and in housing access.”

She said COVID also forced them to think about how to relocate seniors and vulnerable adults from crowded shelters. The county ultimately leased and then acquired hotels.

“We realized, well if we need to be purchasing properties to help keep people safe during the pandemic, let’s purchase properties that could be converted into permanent housing for these individuals once the pandemic is over,” said Welle Ayres.

The county has moved 437 people from hotels into permanent housing during the pandemic.

“What we’re finding as a result of this whole story is that people that have been experiencing homelessness for years and years, sometimes a decade, were able to find some stability by having their own room and a key to their room during the pandemic,” Welle Ayres added.

At Steven’s Square, Blake Gillespie is moving forward, day-by-day with optimism after moving into a room during the winter of 2021.

“I think God for my opportunity to get my place and get myself in order,” he said.

The 58 year old was experiencing homelessness after returning to Minnesota last year. The room at Steven’s Square is providing him an opportunity to get back on his feet.

“Minnesota does have a lot of homelessness, people have been in shelters for years,” he said. “I’ve been homeless here a lot of times. At times I’ve done good and got places but this right here is a great option, try to get things together so I can so that I can do better.”

He shares a kitchen, bathrooms and a laundry room with the others who rent one of the 31 rooms. Single Room Occupancy housing resembles dormitory living.

“I have an income but I want to proudly get myself an apartment with taking one step at a time,” said Gillespie. “I believe things are working out because I ain’t where I want to be but I’m definitely not where I used to be. I’m optimistic, I’m optimistic things are going to get better.”

Alliance Housing has been providing this type of housing for about two decades at other locations in the city.

“Nobody can lead a straight and prosperous life when they’re bouncing around with friends or family or they’re in a shelter or out of a shelter,” said Barbara Jeanetta, the executive director. “Some of our tenants make about 900 per month on a disability pension, they can afford rent and have a little money left over.”

She explained they work with the lowest income renters and those who need a second chance due to past evictions, criminal history, or bad credit.

According to Jeanetta, there are about 500 people on the Alliance Housing waiting list right now.

“We’re calling people who applied two years ago, they’re still looking or still haven’t found something they can really afford,” she said.

SRO housing can be a short-term solution for people seeking an affordable option. Others, however, rent a room for an extended period of time.

Jeanetta told 5 EYEWITNESS NEWS about 25% of their tenants have been living in an SRO property for 2 to 5 years, while another 25% have been renting a room for 10 or more years.

“It gave me an opportunity to save some money, get my rental history together, find a better job, which I did,” said Michael Mack, who lived at the SRO property on Pillsbury Ave. South in Minneapolis for about a decade. “Now I work for both companies that help other people.”

Mack works as the caretaker at Steven’s Square. He provides building maintenance and helps others settle into their new home.

“We try to make people feel at home,” said Mack. “I like working with people, I like helping people any way I can.”

Hennepin County plans to convert at least three other properties into SRO developments. The City of Minneapolis is also involved in the work to add the deeply affordable units.

There are a limited number of SRO properties in the City of Minneapolis. The Drake Hotel building, destroyed in a 2019 fire, was one of the few.

Previously, new SRO housing developments were prohibited in the city. According to a city spokesperson, with the exception of certain supportive housing, each residential unit had to have its own kitchen and restroom. In July, 2021, the City Council unanimously approved an ordinance to update housing and zoning code to allow for more SRO development.

City leaders now plan to use $5 million in ARP funds for an SRO Pilot, which it expects will support the development or acquisition of up to 75 SRO unites. The city expects to release a request for proposal in the coming months.