“I carry with me that hope, the hopes of people, that we can do something different,” Moriarty said in her first interview after the election.

Moriarty spent 31 years as a public defender in Hennepin County, including time as the chief public defender, before deciding to run for the top prosecutor’s job.

“I really want to focus both on the prevention of violence, and ways of holding people accountable that actually work,” Moriarty said.

During the campaign, she pushed back on the idea that incarceration is the only way to community safety. 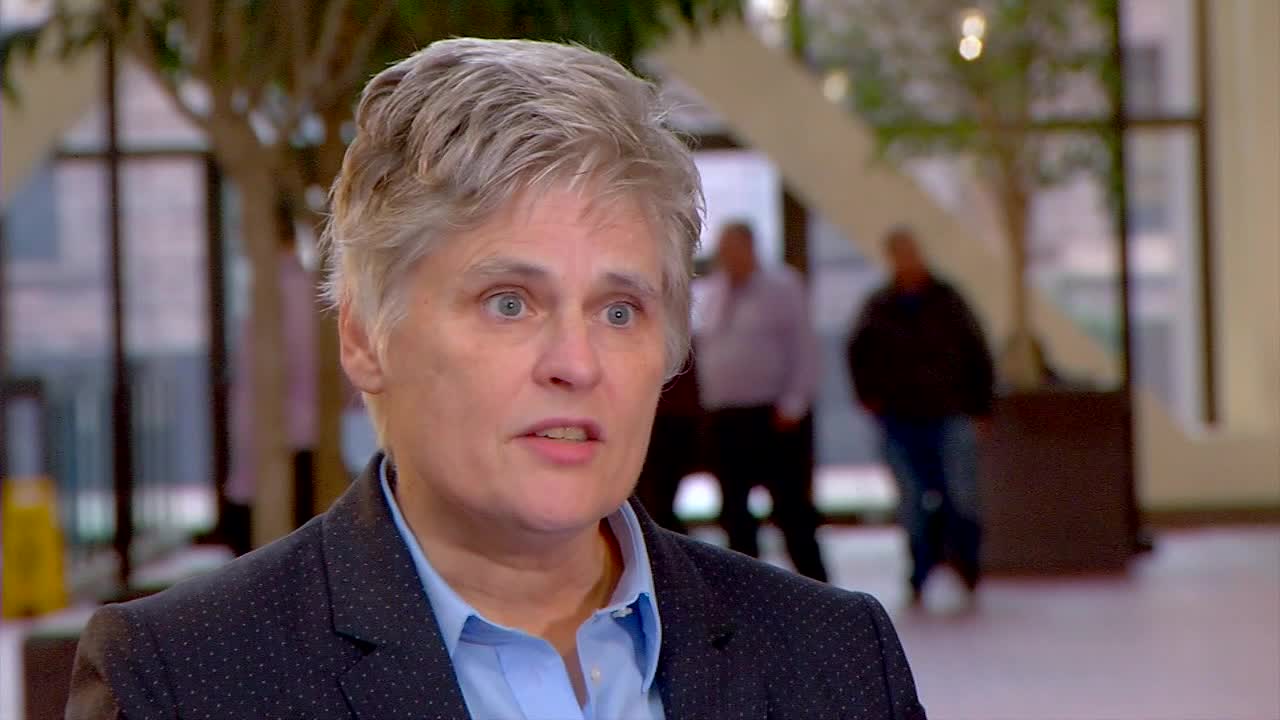 She stressed stopping future criminal behavior in certain situations can be done through other options, such as restorative justice, as an alternative to incarceration.

“We will be holding people accountable in ways that work, from data and research are much more successful and making sure people don’t come back to court,” Moriarty said.

Moriarty said keeping kids in the county from falling into the criminal justice system will be another focus area for her office when she takes over in January.

“I want to partner with schools and make sure we can keep kids from coming into the system,” she said. “That might be diversion — if they come into the system — it’s really giving them the services that they need that they aren’t getting now.”

Recently, the Hennepin County Attorney’s Office has used other county prosecutor’s offices to review some cases involving law enforcement — including the Daunte Wright case. Moriarty anticipates those charging decisions would be based in her office without the use of grand juries.

The county attorney’s office has been led by Mike Freeman for two stints that have covered more than 20 years.

Freeman chose not to run for reelection.

“When they’ve (county attorney staff) had the same leader, or culture, for decades, I understand and accept there’s a lot of fear right now, a lot of, ‘What is she going to do?'” Moriarty said. “I want to give them more freedom to do the right thing in every case.”

Part of her office’s effort, she added, will be to work with law enforcement partners in the county to reduce gun violence in neighborhoods.

Moriarty said she understands change can be difficult, but the voters asked for it.

“What I would ask of people is to give us a chance,” Moriarty said.