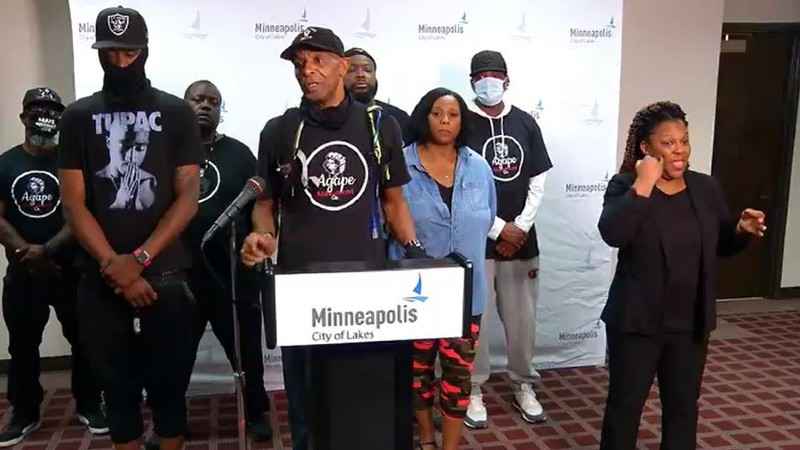 The group that led the removal of barricades around George Floyd Square early Thursday morning is acting as a buffer between the city and the community through a paid partnership.

The Agape Movement’s mission is to “bridge the gap between the community and law enforcement.”

The nonprofit has acted as the de facto security force at 38th and Chicago and the group’s presence was even listed as one of the many demands by activists.

‘The city tried to come through with their power’: Tensions in George Floyd Square after barricades removed

But at the crack of dawn, the group stood with city workers to start taking down long-standing barricades at George Floyd Square.

The group entered into a contract for $25,000 dollars with Minneapolis to provide “outreach and engagement” in south Minneapolis throughout the year.

In March, Agape outlined the work they’ve done so far, including a specific reference to help businesses inside George Floyd Square.

But the group’s evolving relationship is now a target for criticism.

"If you really love your street like you say you do … then no way you let them come in and destroy what you built,” shouted one activist after the barricades were taken down.

Steve Floyd told reporters they decided to move in early Thursday because they expected the outcry.