A federal grand jury has indicted the four former Minneapolis police officers involved in George Floyd’s arrest and death, accusing them of violating the Black man’s constitutional rights as he was restrained face-down on the pavement and gasping for air.

Specifically, Chauvin, Thao and Kueng are charged with violating Floyd’s right to be free from unreasonable seizure and excessive force.

Count One of the indictment alleges that on May 25, 2020, Chauvin held his left knee across Floyd’s neck, and his right knee on Floyd’s back and arm, as Floyd lay on the ground, handcuffed and unresisting, and kept his knees on Floyd’s neck and body even after Floyd became unresponsive.

Count Two of the indictment states that Thao and Kueng willfully failed to intervene to stop Chauvin’s use of unreasonable force, resulting in bodily injury to, and the death of, Floyd. According to the U.S. Department of Justice, Count Three of the indictment alleges that all four former officers saw Floyd lying on the ground in clear need of medical care and willfully failed to aid him. 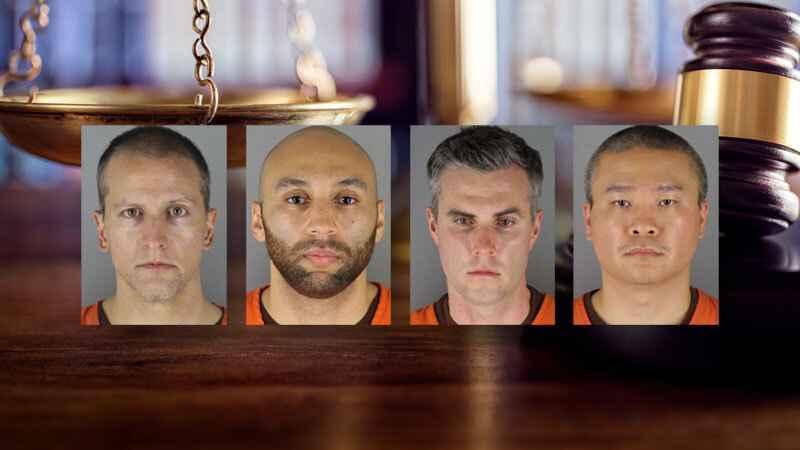 The development is welcomed by community activists, including Nekima Levy Armstrong, a civil rights attorney who has been outspoken Floyd’s death and other police killings.

"In this specific case, there was such a worldwide outcry for justice that the federal government had no choice but to take notice," Levy Armstrong said.

Professor Mark Osler, a former federal prosecutor, noted the differences between the new federal charges and what state prosecutors have alleged.

"Unlike the state charges, they explicitly describe inaction — failure to help George Floyd," Osler said. "Here it is explicitly part of the charge and that is because the charge encompasses an unlawful seizure of the body — that’s the civil rights violation that (federal prosecutors) are alleging."

Chauvin was also charged in a second indictment, stemming from the arrest and neck restraint of a 14-year-old boy in 2017. Count One of that indictment alleges that on Sept. 4, 2017, Chauvin, without legal justification, held the teenager by the throat and struck the teenager multiple times in the head with a flashlight. The indictment further alleges that his offense included the use of a dangerous weapon — a flashlight — and resulted in bodily injury to the teen. Count Two of the indictment charges that Chauvin held his knee on the neck and the upper back of the teen even after the 14-year-old was lying prone, handcuffed and unresisting, also resulting in bodily injury.

The Department of Justice reiterates that an indictment is merely a formal accusation of criminal conduct. All former officers are presumed innocent unless and until they are proven guilty beyond a reasonable doubt in a court of law.

The DOJ also noted the charges are separate from the Justice Department’s civil pattern or practice investigation into the city of Minneapolis and the Minneapolis Police Department that U.S. Attorney General Merrick Garland announced last month. However, Osler says the details of the second indictment against Chauvin are clearly relevant to that matter.

"I think that it’s hard not to look at the separate indictment against Derek Chauvin and see how that’s also an indictment of the pattern and practices of the Minneapolis Police Department, in that they let this happen, they knew that this happened, and they allowed Derek Chauvin not only to continue to serve but serve as a training officer," Osler said.

The federal charges are also separate from the charges the state of Minnesota has brought against the former officers related to the death of Floyd.

"The federal government has a responsibility to protect the civil rights of every American and to pursue justice to the fullest extent of federal law. Federal prosecution for the violation of George Floyd’s civil rights is entirely appropriate, particularly now that Derek Chauvin has been convicted of murder under Minnesota law for the death of George Floyd. The State is planning to present our case against the other three defendants to another jury in Hennepin County later this summer," Ellison said.

Meanwhile, the Rev. Al Sharpton and the National Action Network stated the release of the indictments "shows we have a Justice Department that deals with police criminality and does not excuse it nor allow police to act as though as what they do is acceptable behavior in the line of duty."

"For many years we have tried to get the federal government to make it clear that these crimes are not only state crimes but violate civil rights on a federal level when police engage in this kind of behavior. What we couldn’t get them to do in the case of Eric Garner, Michael Brown in Ferguson, and countless others, we are finally seeing them do today and this is a significant development for those of us who have been engaged in the struggle and police reform movement."

The indictments can be seen below.