Friday morning, a Good Samaritan trying to stop a suspect from fleeing the scene of a car crash was shot and killed, Minneapolis police confirmed.

The series of events started with a two-vehicle crash at the intersection of North Lyndale and Broadway avenues just before 10 a.m. A man took off running from the crash and was approached by a Good Samaritan who attempted to stop him. That’s when police say the suspect shot the Good Samaritan, who later died.

The suspect then attempted to carjack a woman’s vehicle in the nearby Cub Foods parking lot. At that point, bystanders, including members of We Push For Peace, detained the suspect until police were able to take the man into custody.

The suspect was taken to a hospital for observation related to a prior medical condition and will then be taken to the Hennepin County Jail on probable cause murder, police said.

MPD added that preliminary information suggests the suspect may have been in the city to buy or sell drugs. 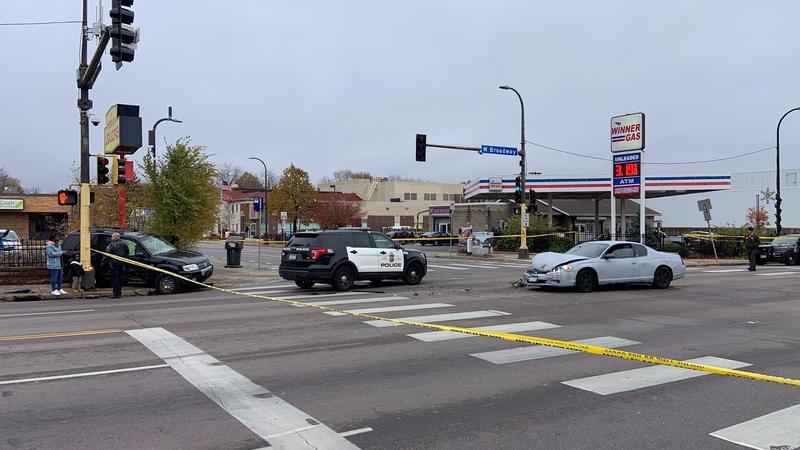 A 21-year-old woman and a 4-year-old child in the vehicle the suspect hit were taken to a hospital with non-life-threatening injuries, according to police.

It’s the 84th homicide of the year in Minneapolis. The investigation remains active.