Funding for Agape Movement contract under fire from council members

They say the $359,000 contract with community group Agape Movement is not pandemic-related.

Agape was tasked with helping the city re-open the intersection of 38th Street and Chicago Avenue, known as George Floyd Square.

"I’ve gotten questions from constituents of how money was appropriated from the city for 38th and Chicago," Jeremy Schroeder with the council said. "I think it would be important to answer that question publicly."

While council members say they wanted more say in the contract approval, emails obtained by 5 EYEWITNESS NEWS show Council President Lisa Bender told the mayor reopening George Floyd Square "does not need to come through the city council for approval, the entire City Council does not need to weigh in on this." 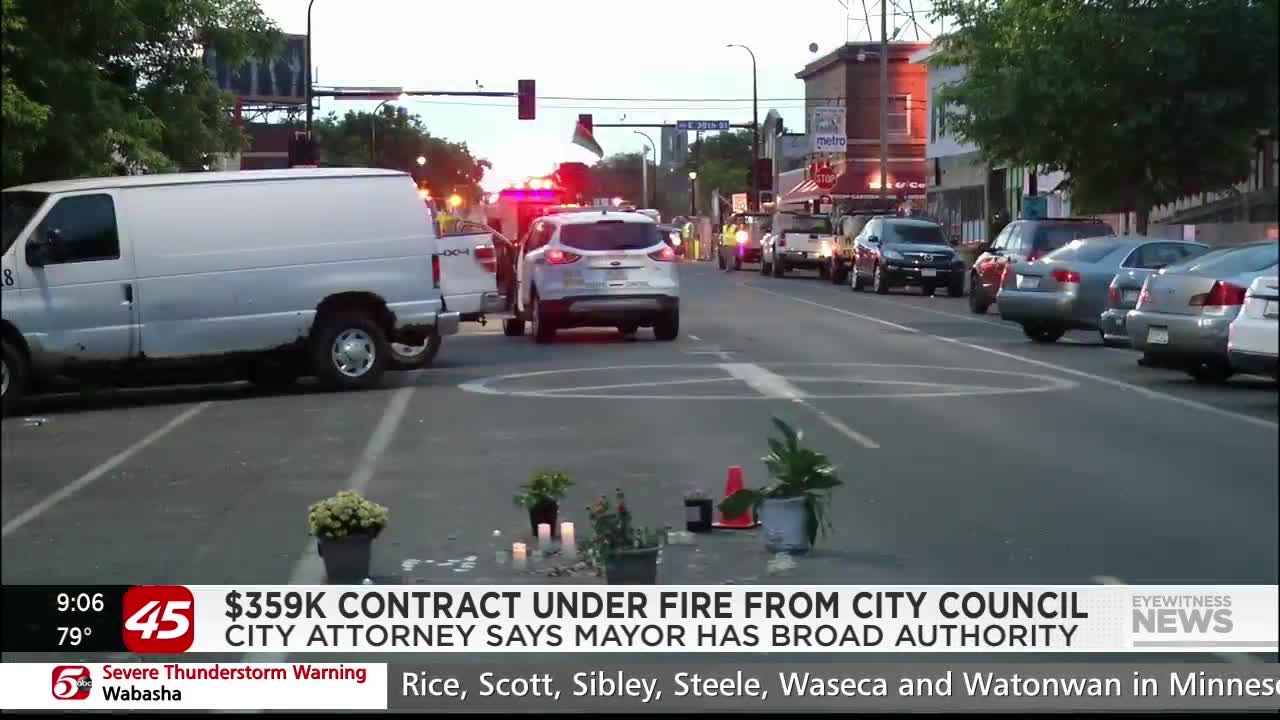 In a statement, Frey accuses council members of making false critiques and that, "While the commentary this (Thursday) morning may make for good political theater, the terms of the Agape contract are clear: The work is being managed by our Health Department and many of the deliverables are COVID-specific. These city council members who have been sitting on the sidelines are encouraged to stop the theatrics and start doing the serious work of government."