A flyer that threatens retaliation against city leaders for clearing out homeless encampments is circulating through south Minneapolis.

The writing on the flyer says, “You Sweep, We Strike,” and has an image of a person throwing what appears to be a Molotov cocktail. The flyer names a top aide to Mayor Jacob Frey as well as the head of Community Planning and Economic Development and the director of Regulatory Services.

The flyer also said “public works facilities and equipment used in evictions are often left unguarded and vulnerable,” which some at City Hall said is a clear signal the authors of the flyer intend to target city property and equipment for possible vandalism.

Mayor Frey spoke before a full City Council meeting and denounced the flyer and also said he has seen a “disturbing” trend of violence and threats of violence against city employees.

“Throughout the first quarter of this year I have received a disturbing number of phone calls and text messages and emails regarding employees who have had their lives literally threatened due to safety concerns and violence in our city,” Frey said. “We have had traffic control agents who’ve had guns pulled on them.” 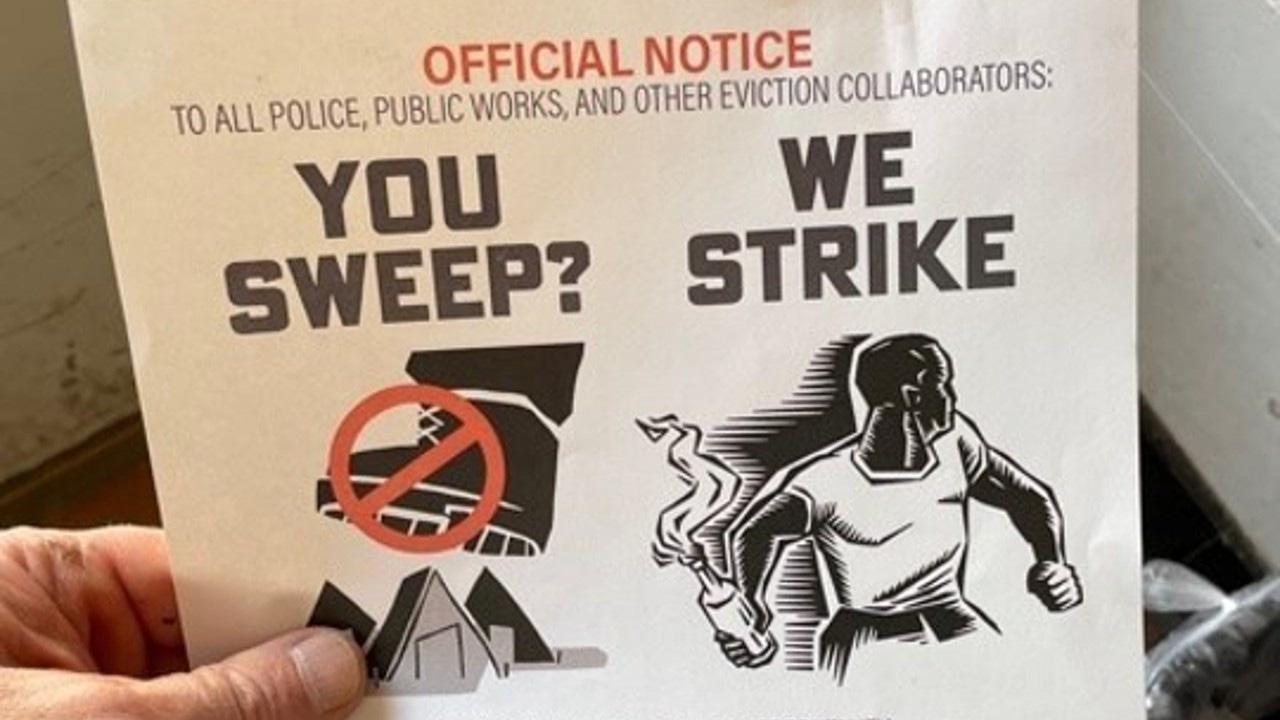 A flyer with the message "You sweep? We strike" is being circulated in south Minneapolis, threatening retaliation for clearing homeless encampments. (Courtesy photo)

City Council Public Health and Safety Committee Chairperson LaTrisha Vetaw told 5 EYEWITNESS NEWS she was alarmed by the flyer. She says she has received numerous complaints from city workers about threats on the job, including a snowplow driver who said his truck was shot at while plowing last winter.

“The flyer is disgusting and it is really, really heartbreaking to see our staff attacked and named,” Vetaw said. “I mean, whoever created that flyer had the audacity to name our staff and there is no way business can be done with people threatening workers and also threatening the property of the city.”

Similar threats with the message “You Sweep, We Strike” happened in Seattle last month. According to KOMO, the city’s ABC affiliate station, $16,000 in damage was inflicted on Seattle’s Parks and Recreation building and some of its equipment because employees in that department assist with clearing homeless encampments.

Minneapolis police told KSTP they are “looking into” the flyer but have not yet identified who might be behind its contents and distribution.