The Freedom House day shelter on West Seventh Street will not try to renew their lease when it expires with the City of St. Paul next month, according to leadership.

The shelter has been leasing the space inside an old St. Paul Fire station at 296 Seventh Street West established in part with help from the city during the pandemic.

“We’re proud of our 18-month commitment to Freedom House,” said Molly Jalma, Executive Director of Listening House of St. Paul, which operates it.  “It’s made a positive impact on the community and has shined a light on the need for low-barrier day space and services.

Back in the winter, a group of residents and business owners took the city and day shelter to court calling it a nuisance.

The St. Paul Fire Department recently made a presentation to the Mayor’s office with their plans to bring back more fire and ambulance resources to Fire Station 51.

“We also have an opportunity to house our social worker response unit out of there,” said St. Paul Fire Deputy Chief Roy Mokosso. 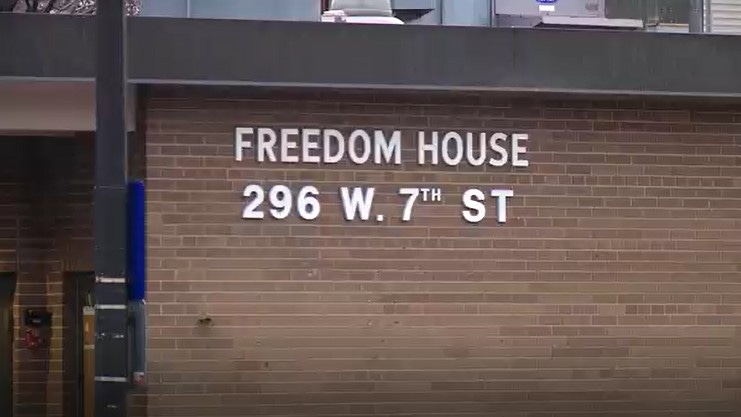 The department said the goal for the new unit is to help people who often call 911 to connect them with alternative services for a variety of health care needs.

“To help some of our unsheltered residents to our city to connect them to services,” Mokosso said.

Sixty percent of fire calls downtown are from people experiencing homelessness, and that’s why the department is planning to deploy this new team in the area.

St. Paul Fire said reopening Station 51 will also help with response times across the city by moving fire and EMS units into Ward 2 that saw 28% of all the city’s calls last year — instead of having to pull crews from other neighborhoods.

“It impacts response times for those other communities and neighborhoods — if we can centralize resources we can continue to respond to high volume areas, but also keep other resources in service,” Deputy Chief Mokosso said.

With the loss of a day shelter in downtown St. Paul, Ramsey County Commissioner Jim McDonough wants State Lawmakers to fund a bill to help the county with other temporary shelters and day centers setup during the pandemic — as federal dollars dry up.

“They are very critical, and the impact will be felt in our community,” McDonough said.