More than 1,000 service members at Fort McCoy near Sparta, Wisconsin, are on-site to help Afghan refugees who began to arrive over the weekend, according to the Department of Defense.

New images released Monday show airmen and Marines setting up temporary tents for those who are arriving by plane nearby at Volk Field before being housed at Fort McCoy.

It’s not the first time that Fort McCoy has played a role in a major refugee crisis.

In May 1980, refugees began to arrive after escaping Fidel Castro’s regime in Cuba. 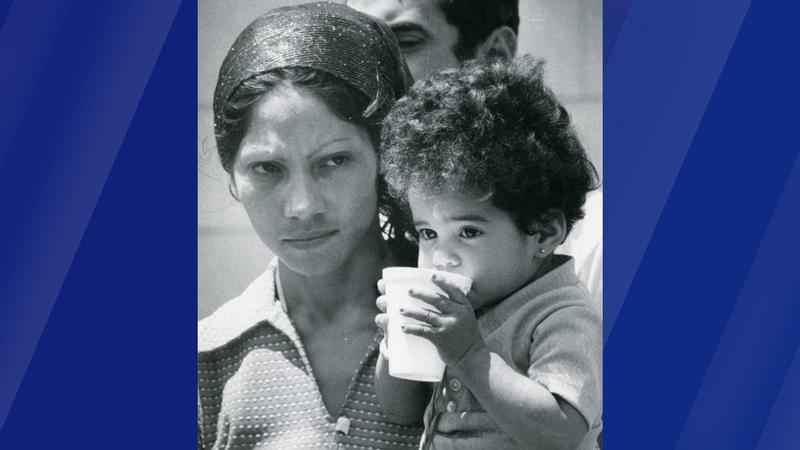 A Cuban woman and child are photographed at Fort McCoy in 1980. The military installation near Sparta, Wisconsin, temporarily housed Cuban refugees who had escaped Fidel Castro's regime 41 years ago and is now gearing up to accommodate Afghan refugees fleeing the Taliban.[Monroe County Local History Room & Museum]

Back in the summer of 1980, Kraut, a member of the 2nd battalion, 128th infantry, helped the refugees at the facility.

"There were quite a few people that were straight-up refugees,” Kraut said. “One gentleman we talked to, he was, I believe, a professor.”

Kraut recalled meeting a man educated in the U.S. who returned to Cuba and then left during the Mariel boatlift.

"It was an interesting couple of weeks up there," Kraut said. "They were basic refugees and want to get to the United States for a better life," Kraut said.

"The goal was turn them around as fast as possible," said Jarrod Roll, county historian at the Monroe County Local History Room and Museum, in Sparta.

Last year, the museum put on a display of the Cuban refugees from 1980 that shared their stories, along with artifacts and news accounts from the day.

"What was heard in the headlines, locally, that Castro released his criminals and they are all coming to Monroe County, Wisconsin," Roll said of some of the news accounts from 1980.

Some of those who came to Wisconsin had been let out by Castro from various prisons, mental health centers, but there were also many other people and families who escaped Cuba who also wanted a new life, Roll said.

"The Cubans arriving at Fort McCoy with nothing but what they are wearing for the most part, with this excitement of finally getting a chance to get out of Cuba and see America — to drink a Coke and get a pair of jeans — this dream that they had," Roll said.

Until the fall of 1980, 2,300 refugees remained at Fort McCoy. They were then transferred to another military facility down south due to the pending winter, Roll said.