Former patient paying it forward counseling others with heart disease

But he’s not a doctor — he’s a former heart patient who’s giving back.

"It’s really rewarding and healing for me,” Leonard says. “It’s a life-changer, and I tell the patients you know I’m not here to give medical advice but I’m here to give you support. You and I have been through the same thing."

The Elk River man is a peer support volunteer at M Health Fairview Southdale Hospital, where he counsels heart patients and their families.

"He’s outgoing, he’s kind. No pun intended, but he’s got a huge heart,” declares Nancy Schaber, a volunteer coordinator at the hospital. “He’s an example of having survived and thrived from the surgery.” 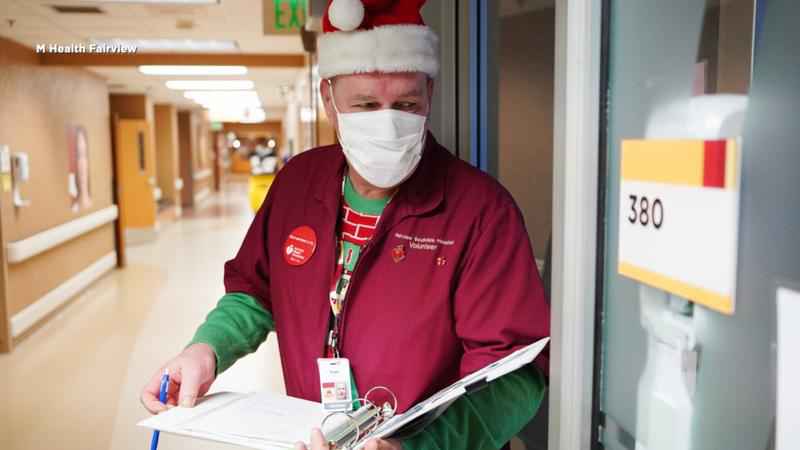 In May 2018, Leonard, then in his mid-50s, underwent emergency coronary artery bypass surgery.

The procedure cleared four blocked blood vessels near his heart, saving his life.

Just days before, Leonard thought he had simply had a case of indigestion.

“It was a rough go for me. I was very weepy,” he now recalls. “Yeah, it kicked my butt. I was a pretty active guy. You know after surgery I couldn’t even go to the bathroom by myself. It was humbling, very humbling."

He joined the Twin Cities chapter, and just three months after his surgery began volunteering at Southdale.

"Paul goes and talks not only to the patients but also to the family members,” says Michele Sahar, also a volunteer coordinator at the hospital. “He explains to them exactly what happened during his surgery and what’s to come afterwards. He kind of gives the family hope that there is life after a major open-heart surgery."

The Centers for Disease Control says heart disease is the number one cause of death in the U.S., taking the lives of 659,000 people each year.

Volunteer coordinators say Leonard has met with more than 70 heart patients over the last three years, including three people on Christmas Day.

Those visits are considered especially important for people in the hospital during these pandemic times.

"It’s so important for them to be able to talk with someone,” Schaber explains. “He’s a link to the outside while they’re in the hospital and they don’t necessarily want to be there for that — and he provides hope."

He’s encouraging other people his age, especially men, to get an annual physical.

Leonard says he loves helping heart patients, seeing the medical team that saved his life, and yes, wearing a Santa hat during his rounds.

“I’m wearing the Santa hat today just because I’m a goofball,” he smiles. “I don’t want to be the star of the show. I just want to be a messenger to help patients who are going through rough times, especially at Christmas.”