This was no ordinary Thursday night meeting at the Sgt. John Rice VFW Post in Blaine.

It was a gathering of a Band of Brothers.

“We really wanted to say thank you to the community and our sponsors,” said Ben Elfelt, president of the Freedom Fishing Foundation. “Our mission is to give — to help veterans have a healthier, happier lifestyle.”

Coming home: For many military veterans, it can be a time of joy, pride and honor.

But for others, there are difficult challenges including depression, PTSD, even thoughts of suicide.

These service members, some active-duty, others retired, say they want to change that. 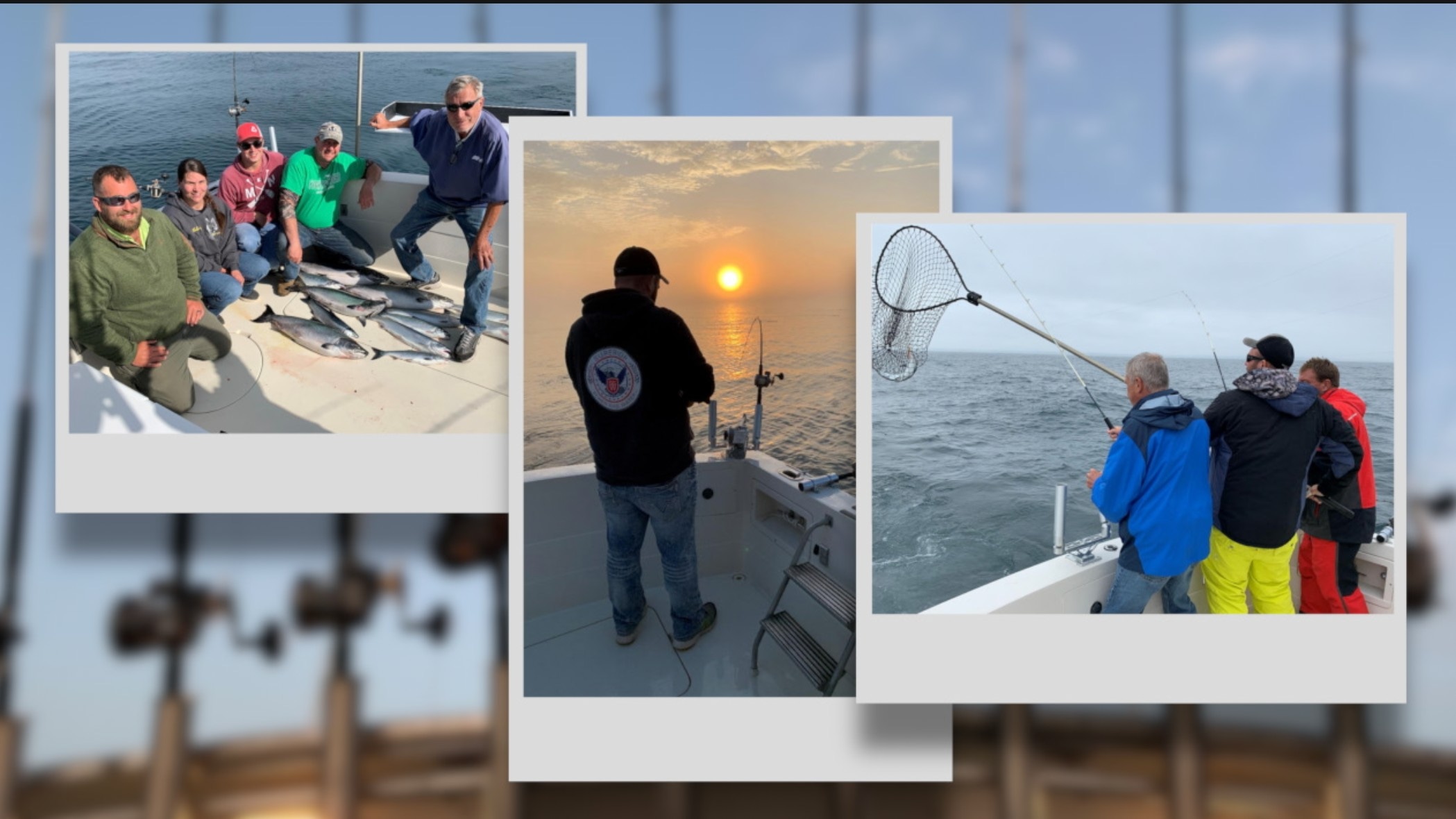 “I really believe we made some impacts and inspired some folks,” he says. “I didn’t know I could do it. I honestly didn’t know if I could or not going into it.”

Wedger called his long-distance mission “100 too many” after learning that 100 Minnesota veterans take their lives every year.

For Wedger, a 32-year-old husband and father of two, this run was personal.

“Working through his suicide, I left for basic training two weeks after he took his life,” Wedger recalls. “He had always struggled with alcohol so that mixed with depression, and maybe not having the resources.”

He used social media to connect with sponsors.

Instead, Wedger doubled that number.

“The people I met on the trail, the people in the community that came out, the connection with my family and friends, the Freedom Fishing Foundation folks, they’re the only reason I finished,” Wedger remembers. “I would have never made it alone.”

Then he donated the money to the foundation, a Lino Lakes nonprofit that takes veterans out on individual or group fishing trips.

“The camaraderie, our guides, our ambassadors are vets, so we get guys and gals out with like-minded folks,” Elfelt, a U.S. Navy veteran says. “People who have shared similar experiences in a stress-free, no-expectation environment.”

And it’s not just Wedger’s donation helping the foundation.

We were there on another recent special occasion: The presentation of another $20,000 donation from the Minnesota Softball Military Appreciation Foundation, or MSMA for short.

The group donates a check like this only once a year.

The Coon Rapids nonprofit, run by veterans, sponsors a 110-team softball tournament, one of the largest in Minnesota.

Members say they admire the Fishing Foundation’s mission of helping vets with PTSD and other issues.

Fluegee himself is a 22-year U.S. Air Force veteran.

“That was one of the hardest things to say: where do I go for help? Who do I talk to?” he says. “Because you are close-knit, you don’t think you’re worthy sometimes. See, there’s other people out there experiencing the same problems, the hurdles and (the fishing outings) helps them kind of deal with all the stuff that’s happening.”

The Minnesota Department of Veterans Affairs says that social connection is the best way to prevent suicide — that helping veterans to stop isolating, to open up, can make a huge difference.

“Therapy and outdoors go hand in hand,” he says. “It’s getting out of the hustle every day and leaving all the nonsense behind.”

But on these fishing trips, he says he’s seen healing, too.

“The sense of loneliness is one of the most devastating effects that causes, or leads to ultimately, ‘hey, I’m by myself, I have nothing to live for,’ and that just feeds on itself,” Vanyo explains. “This takes you out of that, puts you in a serene environment with your peers.”

The Fishing Foundation takes about 35 veterans a year on these trips.

Elfelt says the group is also organizing a 50-mile and a 5K fundraiser, set to run in October.

Wedger says he’s planning to take part in that 50-miler.

He says he’s grateful — both to the foundation and supporters in the community.

“They were my inspiration. They’re what got me to the end, and I think that’s really cool,” he smiles. “If they help one person, the ripple effect is, who knows? And as long as they’re helping one person, that’s making a difference.”

Elfelt says he’s privileged to be able to provide that help.

“Fishing is just the vessel that we use to connect with these folks,” he says. “Recreational therapy, and all these topics of discussion, the kind of tough stuff to talk about. But then, once those barriers get broken, we can talk about how to move forward, and how do we overcome?”

You can find out more about the Freedom Fishing Foundation here.