Forest Lake Police: Juvenile charged with up to $50,000 in property damage 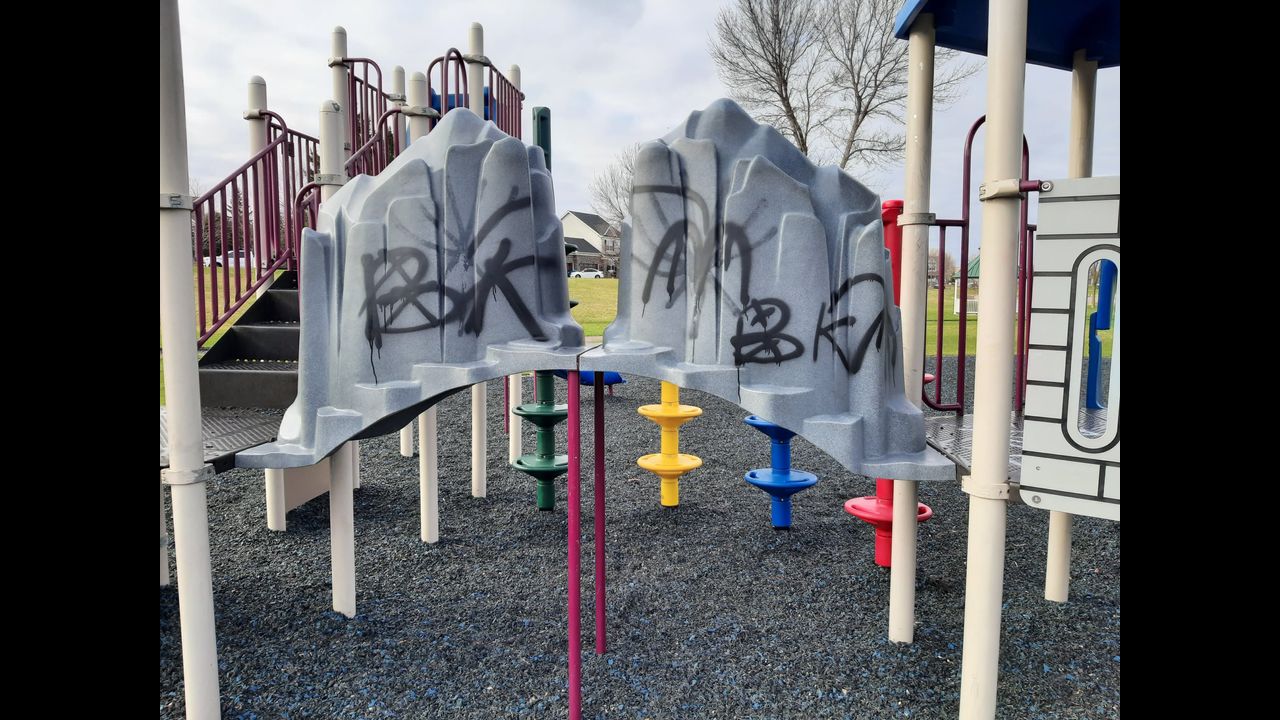 A photo of some of the damage to a playground. Photo credit: Forest Lake Police Department

Police in Forest Lake have arrested one juvenile male in connection with nearly 20 acts of vandalism.

The Forest Lake Police Department said in a Facebook post they responded to the Summerfield Development on Tuesday after getting reports of several vehicles, garage doors, houses and a playground had been spray-painted with obscenities.

Forest Lake officers and detectives worked the neighborhood for several hours before making the arrest.

Police thanked neighbors who provided information and video during the investigation.

5 EYEWITNESS NEWS will update this story with more information as it becomes available.