Randall, in Morrison County, saw upwards of 12 inches of rain overnight Friday, a total not since the early 1970s.

The Salvation Army and Red Cross scheduled meetings Tuesday afternoon to help families whose homes in Randall were damaged by last week’s flooding.

“Honest to God, I don’t know if it’s even hit me,” said Troy Martinson, owner of OK Tire and Bait.

The flood water was more than knee-high in the store that Martinson’s family has owned for more than 26 years.

Tackle inside the shop was damaged, bait coolers aren’t working and staff had to chase down about 50 tires that floated away from the flood water. 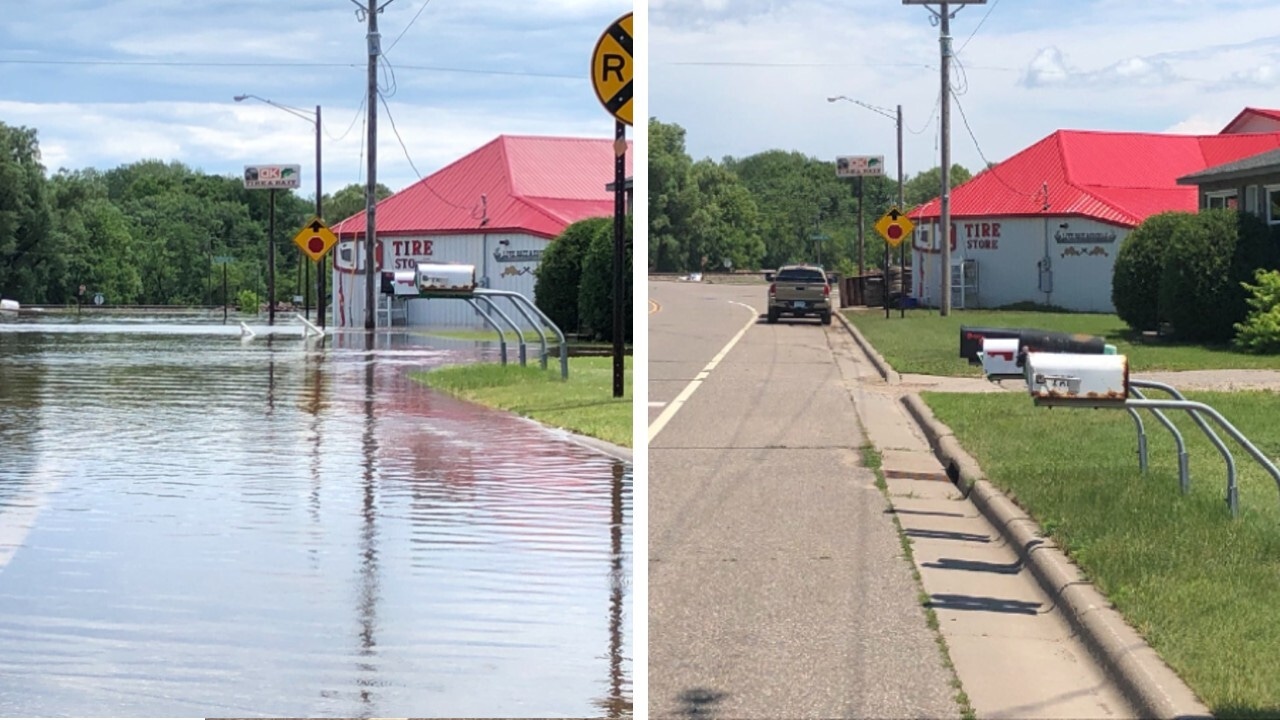 The Little Elk River that runs through Randall came over its banks in the sudden storm but has significantly dropped down by Tuesday afternoon.

There are American flags set up on light poles through downtown Randall, along with a sign announcing the community’s Fourth of July festivities on Saturday.

“I’ve had people say, ‘Are you going to cancel it?’” said Danny Lane Noss, Randall’s Mayor. “No, that would be the last thing I’d want to do.

The Fourth of July parade and other events will go on as scheduled.

“To get things in Randall back to normal, to have the excitement, there are still going to be people that are concerned about their houses, but it gives them a break, a little relief from all of the hassles,” Noss said.

Cleanup kits were provided to storm victims in the meeting Tuesday, along with referrals to relief services.

Randall City Hall issued a disaster declaration, and is working to try and receive assistance from Morrison County.