Thursday into Friday marked the first snowfall of the season for many Minnesotans.

Friday morning, snowfall in parts of the state made driving conditions difficult.

Parts of the state were experiencing a mix of freezing rain and snow which, combined with dropping temperatures, pushed drivers to be more cautious on the roads.

In an update Friday, the Minnesota State Patrol reported troopers responded to several crashes and instances of vehicles sliding off roads due to icy conditions.

As of 10 a.m. Friday, State Patrol said they had responded to 11 crashes in the St Cloud region and two vehicles that slid off the road.

#MSPnumbers St. Cloud Region: Troopers have responded to from last night until 10am (11/12/21): 11 crashes (4 non-life threat in) & 2 other vehicle the slid off the road req Trp/tow asst. One crash involves a pickup pulling a cattle trailer I94 near St. Joseph – no inj.

In the west central area of the state, Minnesota State Patrol responded to more vehicles that slid off the road than crashes.

They also reminded drivers to "slow down and increase your following distance."

Troopers in west central MN are responding to several crashes and vehicles sliding off the road this morning — most of them on I-94. Several of them include semis. No injuries have been reported. It’s slippery and windy out there. Slow down and increase your following distance. pic.twitter.com/8lXqqH2adg

The Minnesota Department of Transportation (MnDOT) reports it has been getting ready for winter weather conditions for months. 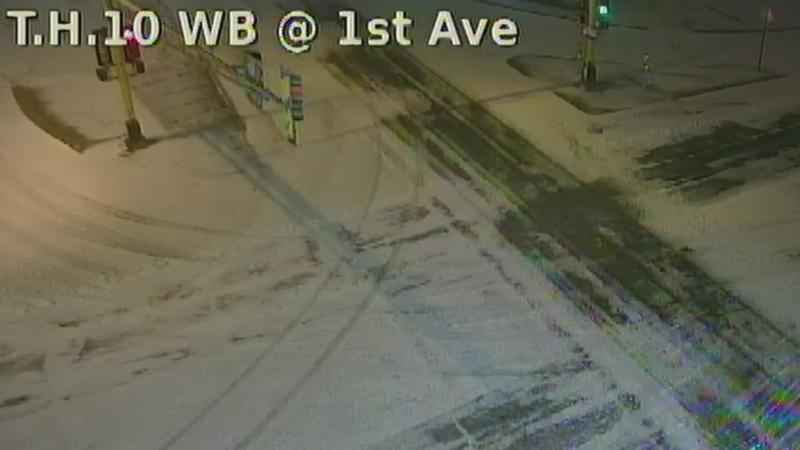 "We are fully staffed and ready to go, we do have people that work office jobs, such as myself, that do jump in the plow when needed, so we’re sitting pretty good at this point moving into winter," Kent Barnard, with MnDOT, said.

MnDOT also says it has stocked up on salt and other chemicals needed to treat roads and will bring in plow trucks as needed.

Meanwhile, Minnesota drivers know the potential for slick roads during winter is just part of living in the state.

"Driving is not enjoyable in the winter, but we adapt," driver Susanne said.

MnDOT reminds Minnesotans that even though snow might not be visible on the roads, ice can form quickly when freezing drizzle falls, and encourages drivers to drive slowly and cautiously.