Going into Friday, only the two alternate jurors were needed and all it took was the next two potential jurors.

Juror No. 57 walked into the courtroom at about 9:10 a.m. She’s a white woman in her 70s whose father was an attorney and whose son-in-law is an attorney. She has served on two previous juries, including one involving a police officer who arrested a Hmong man on the way to a funeral because an object was mistaken for a gun. She also said jurors in this case "will carry a heavy burden of responsibility" but she would feel honored to serve. After 20 minutes of questioning, she became the 13th juror (and first alternate juror) seated.

After about a half-hour delay to swear in a new panel of jurors, Juror No. 58 — a white man in his 30s from Eden Prairie — came in for questioning. Like with Juror No. 57, the questioning went quickly and smoothly. He noted the godfather of his daughter is a police officer but insisted he’d be impartial as a juror. He was then seated as the final juror (and second alternate juror) seated, completing jury selection on its fourth day at 10:15 a.m. 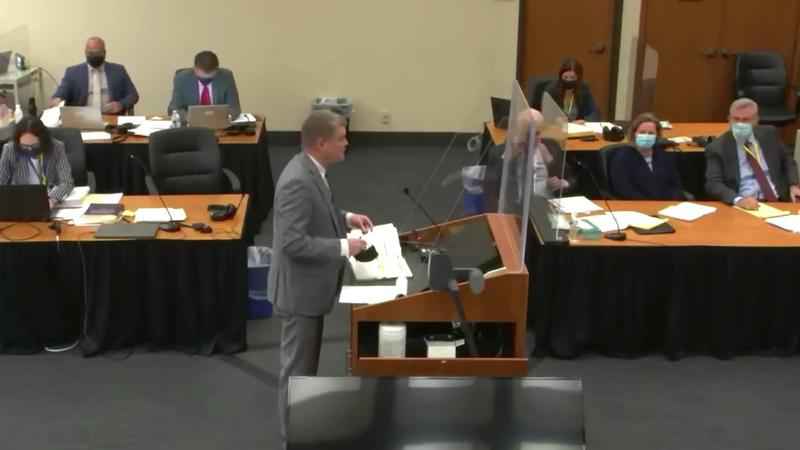 Unless one of the first 12 jurors seated needs to be excused after the trial starts, the final two seated Friday will hear the case but not actually decide Potter’s guilt.

The defense had one of its five peremptory challenges left to use going into Friday but opted not to use it. The state didn’t have any left, which likely contributed at least slightly to how quickly questioning on Friday proceeded. Click here to read more about or watch Friday’s proceedings.

Opening statements in the trial are still scheduled for Wednesday, despite some optimism earlier in the week that the date could be moved up.