The 18 jurors who will hear the case, six of whom are alternates, were selected Thursday. 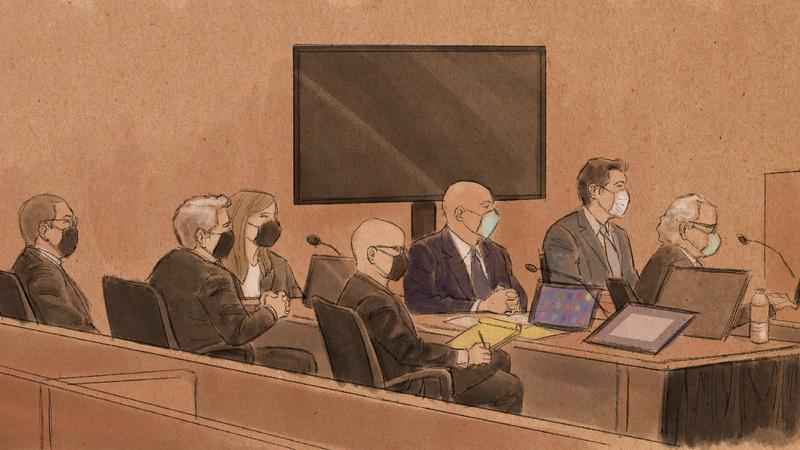 This sketch shows former MPD officers Tou Thao, J. Alexander Kueng and Thomas Lane (from left to right) with their attorneys as their federal trial begins in the death of George Floyd on Jan. 24, 2022.[Cedric Hohnstadt]

During opening statements, prosecutors painted the officers as well-trained community guardians who ignored their duties and chose to not help Floyd. Special Litigation Counsel Samantha Trepel told jurors a crowd of bystanders that gathered — despite not having the training the officers had — was able to determine Floyd was going to die if the officers didn’t stop what they were doing, so the officers definitely should’ve understood what was happening and intervened.

The defense attorneys, however, pointed to other issues as the reason for Floyd’s death while emphasizing that the government must prove the former officers were deliberately indifferent, which they agreed the evidence won’t prove.

One of Thao’s attorneys, Robert Paule, called Floyd’s death tragic but said, “a tragedy is not a crime.” He then pointed to Floyd’s resistance as a driving factor in his death.

Thomas Plunkett, Kueng’s attorney, said Floyd “was let down by the Minneapolis Police administration,” while saying that the department didn’t adequately train the officers.

Earl Gray, Lane’s attorney, called the charge “a perversion of justice” after highlighting Floyd’s resistance and pointing the finger at the senior officer at the scene, Chauvin.

Witness testimony did get started late in the afternoon and prosecutors played nearly 30 minutes of Lane’s body camera video, from when he arrived at the scene to when Floyd was getting chest compressions done by a machine in the ambulance.

While the video showed the officers disregarding pleas from Floyd and bystanders as they knelt on him for over nine minutes, it also showed a couple of brief moments of concern from Lane. The officer rode with paramedics and Floyd’s body in the ambulance, did chest compressions until the chest compression machine was set up and asked paramedics, “What do you need?”