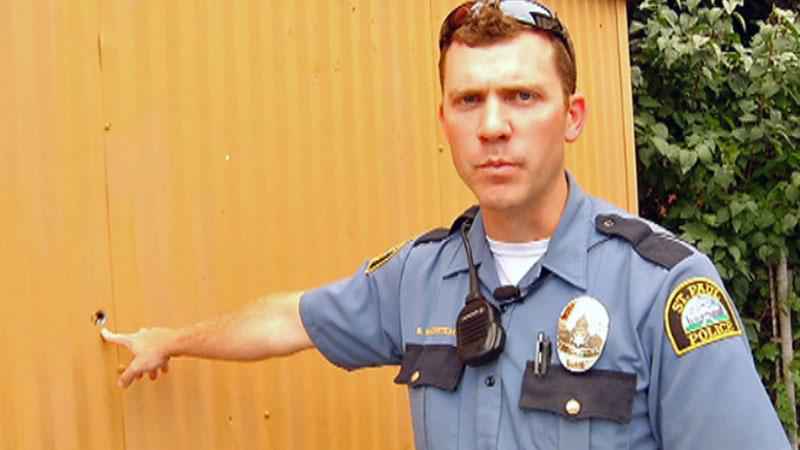 A former St. Paul police officer who was convicted of a federal civil rights violation in 2019 for kicking and severely injuring an innocent man mistaken for an armed suspect has been sentenced to six years in prison.

U.S. District Judge Wilhelmina Wright handed down the sentencing for Brett Palkowitsch on Friday, according to a court filing. Palkowitsch is eligible for supervised release after three years.

A federal jury convicted Palkowitsch in November 2019 for the attack and mauling of Frank Baker, an unarmed Black man. Palkowitsch kicked Baker in the abdomen while a police dog was mauling the man in June 2016.

Prosecutors say Pakowitsch’s use of force against Baker, which left him with fractured ribs and a punctured lung, was excessive.

The St. Paul City Council approved a $2 million settlement with Baker in 2017. At the time, it was the largest such settlement in city history.