Local law enforcement and federal agents were involved in the operation that managed to get five hostages and the suspect out of the bank unharmed.

The FBI’s field office in Brooklyn Center sent a crisis negotiation team to help talk to the robbery suspect.

"The truth is you want to focus on the relationship you build with the person in crisis," said FBI Special Agent Christopher Langert, who is the crisis negotiation team leader.

Langert, a 21-year veteran negotiator, did not address any details or accounts about the St. Cloud incident. 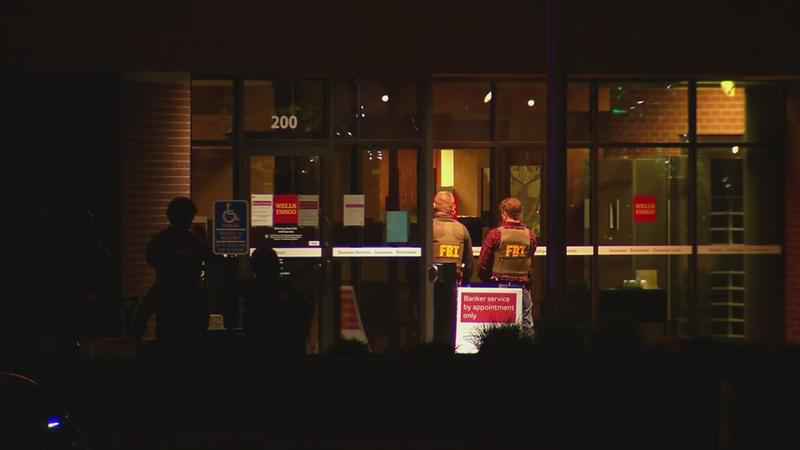 FBI crisis negotiators communicate with a bank robbery suspect who was keeping bank employees hostage on Thursday, May 6, 2021.[KSTP]

The veteran special agent was right at the front door of the bank when the final hostage ran out as the 35-year old suspect was taken into custody.

In the past 11 months, Langert said his team has been called out five times, which he said is "a lot" for the Twin Cities field office.

The team helped work a child abduction where the child was taken hostage in northern Minnesota, deployed to Oregon to assist with negotiations with subjects occupying a federal wildlife preserve and worked with family members in Minnesota on negotiations related to a two U.S. Citizens being held overseas, according to the Bureau.

"You don’t want to walk in and tell them what you need," Langert said. "I see a lot of young law enforcement officers say things like, ‘I need you to talk to me.’ Well, honestly the last thing that person in crisis is thinking about or worried about are what your needs are. They are worried about themselves."

"Hearing or knowing a hostage has been released, it does take some of the stress away, but your brain immediately goes to what information can I get from that person that’s going help me through the rest of this incident," Langert added.

One hostage who suffered from medical issues was released, and three others were later released from the St. Cloud bank. The final hostage was used as a shield by the suspect for some time before the victim was able to run away as officers rushed in to arrest the suspect, according to the recent federal criminal complaint.

The St. Cloud incident ended without injury, but Langert said it’s the ones that don’t end that way that can weigh heavily on a negotiator.

"The one that sticks with me the longest, while nobody else got hurt, which is our number one priority, the person in crisis didn’t survive," Langert said.

The agents on this crisis negotiation team go through a special training school at FBI headquarters in Quantico, Virginia, and then go through additional training at least six times a year.

In the past 10 years, the Minneapolis FBI crisis negotiation team has trained over 400 federal, state and local officers in crisis negotiations from throughout Minnesota, North Dakota and South Dakota, according to the Bureau.