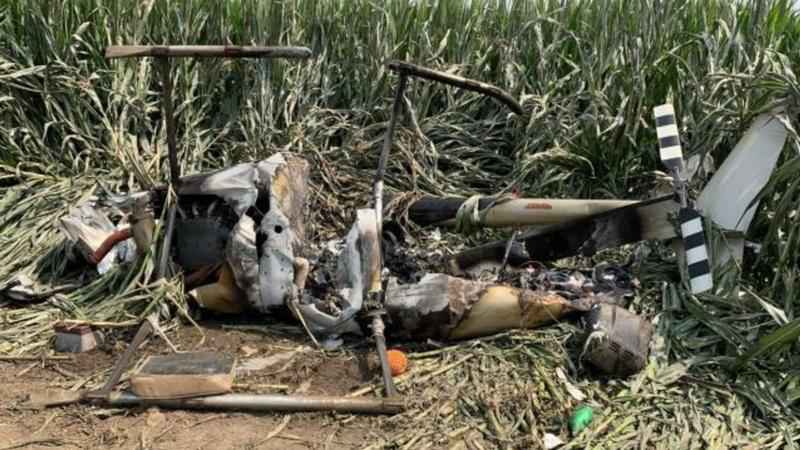 A fatal helicopter crash that happened in southeastern Minnesota involved a power line that the aircraft’s rotor blade caught on to before it landed, according to the National Transportation Safety Board’s Aviation accident report.

According to the report, released on Tuesday, a witness saw the plane crash into a cornfield. Before the impact, the witness said he saw the aircraft fly under two power lines but strike a third. The initial impact was with a three-phase power transmission line.

"The western line remained intact, the center line exhibited fraying, and the eastern line was severed," the report reads.

The frayed power line was 28 feet above the ground before the impact.

Portions of the swash plate yoke, a blade droop tusk, pilot’s headset, sunglasses and ball cap, and plexiglass fragments were located under and immediately east of the power lines.