A driver of an SUV is dead following a crash with a school bus Monday afternoon on Highway 62 in Minnetonka.

The crash happened just before 4 p.m. near an overpass over Shady Oak Road. A Minnesota Department of Transportation traffic camera showed the bus resting in the highway median with significant front-end damage as first responders in high-visibility vests surrounded the car.

According to a Minnesota State Patrol crash report, the driver of an Isuzu Rodeo lost control amid snowy conditions and crashed into the concrete sidewall before careening into the bus.

The driver of the Isuzu — 57-year-old Vicente Ortiz Calderon of Burnsville — died in the crash, according to the Minnesota State Patrol.

Neither the 71-year-old bus driver nor the 22 children aboard the bus were harmed. 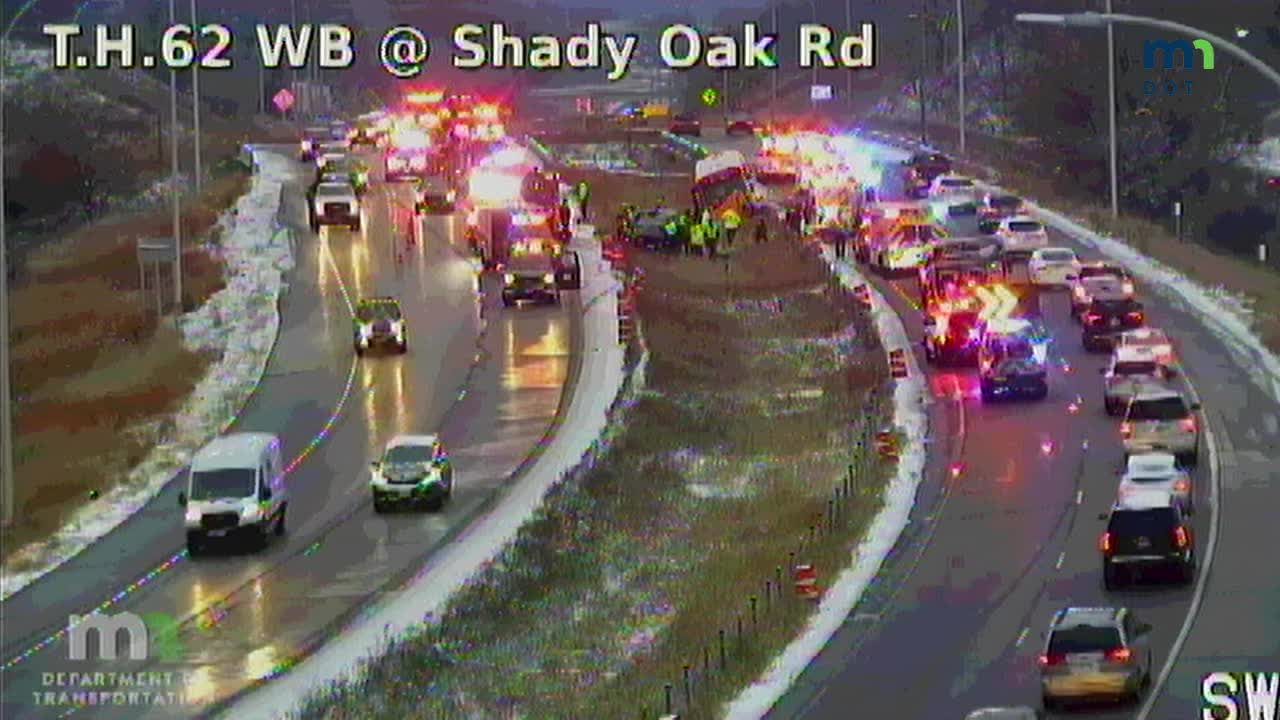 Emergency crews respond to the scene of a crash between a school bus and another vehicle Monday, Nov. 14, 2022, on Highway 62 in Minnetonka. (Minnesota Department of Transportation)