The death of George Floyd created frustration and pain in Minnesota and around the country. Now, city and community leaders are preparing for a trial that’s expected to bring more trauma, especially for BIPOC communities.

On March 8, jury selection will begin in the trial of Derek Chauvin who faces murder and manslaughter charges for Floyd’s death.

“We are still grieving the death of George Floyd,” said Bishop Richard Howell Jr., with Shiloh Temple International Ministries. “It became an epicenter for the entire world watching us, and so George Floyd has become almost metaphorical in speeches across the country. I do believe that eight minutes and 40-some seconds that his neck was kneed on, was certainly a reminder of just how important it is for us to remember this is our community, these are our streets, these are our children, these are our neighbors.”

His church will be opening its doors on March 8 for any community members who needs to talk about the trial.

“It’s very tough time and we expect some wounds will re-open,” said Bishop Howell. “Everyone wants justice for George Floyd, not certain how that’s going to turn out.” 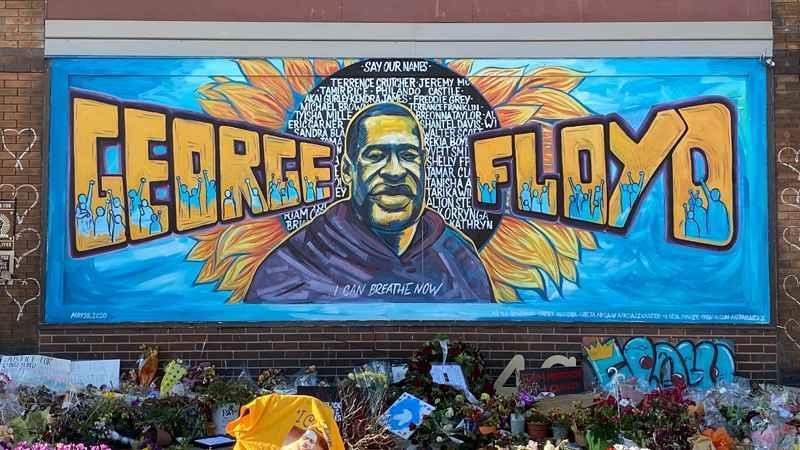 “Whatever the emotions are, we want everyone to know you can come here, exhale, take a deep breathe,” he said. “Come, let’s talk and share before the next day comes.”

Howell said they will greet each person who walks through the doors and address their needs, whether it’s an individual or group in need of support.

“’I want to talk to someone’ or ‘We want to sit down and talk among ourselves’ – wonderful, wonderful,” said Howell. “Come share your thoughts, share your politics, share your opinion share your philosophy whatever it is as long as it’s done peacefully and respectfully.”

The idea developed as church leaders reflected on the riots and unrest of last summer. Community Outreach and Engagement Pastor Jalilia A-Brown said many young people were dealing with trauma.

“They didn’t have any place to vent that out so they burned it out and the looting came with it,” said A-Brown. “As a young pastor, I believe if we create environments, we create spaces, safe spaces, trusted spaces that the community know is here, they will utilize those spaces.”

She told us she’s already feeling triggers of trauma she’s experienced in the past.

Shiloh Temple International Ministries plans to continue to offer mental health support even after the verdict.

“It’s a place where the community will be able to come in, no judging, they’ll be able to come in and just be safe,” said A-Brown. “We will be one of those therapeutic spaces for the city, that the city and the whole community can come into and get the help that they need so we can prevent riots and looting in our city and we can continue to build Minneapolis up as one."

The City of Minneapolis told us it’s working to identify additional churches and neighborhood groups willing to open their doors.

“We know on a day-to-day basis there may be things that are said or done in the courtroom that are being televised that may upset people so we really want to make sure there are places where that trauma can be processed,” said Sasha Cotton, the director of the Office of Violence Prevention.

She said they are also working to put together a tool-kit with information about who to call in the case of an emergency, for mental health support, or if a resident sees something suspicious. It will be available on the city’s website in the next week or so.

“What I’m hearing from a lot of community members is fear, fear about how they’ll be able to access safety, fear about how they’ll be able to access information, fear about what should they do in the event that something bad does happen,” said Cotton. “How can we make sure that we’re creating a chain of communication and some documents that we can push out to the community so if they have questions, those tools are readily available to them and they don’t have to go searching for them, which we know can be a barrier.”

The city is also working with faith and community leaders to figure out how to best get information out quickly to those in the city through the people they trust the most.

In additiona, they’re encouraging people to connect with their neighbors during the trial.

“I think the key message we’re really trying to communicate is to just be safe and to trust your instincts,” said Cotton.

Pastor A-Brown told 5 EYEWITNESS NEWS that they will also be sharing information on their social media accounts.

“Conveying the right information is so critical because if you convey wrong information, it can open up scars and wounds that doesn’t even have to be opened,” she said.

They’re encouraging people to gather at their church in the coming weeks. Plus, they will be opening their counseling hotline for those who need it during the trial as well.