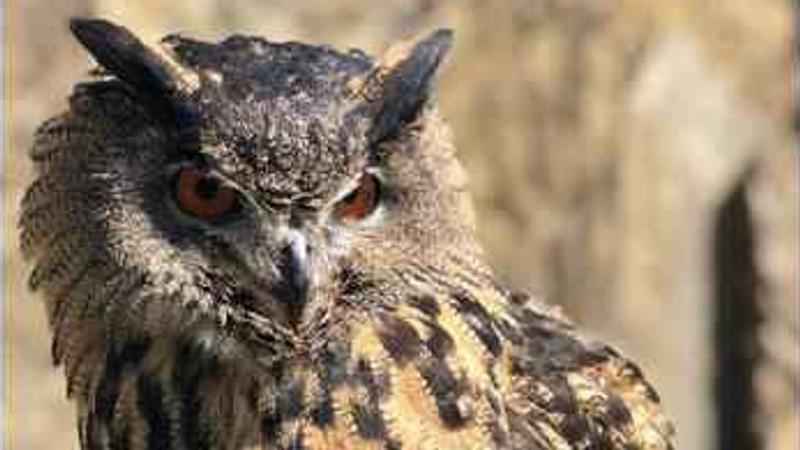 Gladys, the Eurasian eagle owl.[courtesy of the Minnesota Zoo]

A Eurasian eagle owl reported missing from the Minnesota Zoo has died, according to an update from the zoo Thursday.

The Minnesota Zoo first reported Gladys was missing on Tuesday. The zoo stated Gladys had flown away during a routine training session earlier this month.

After zoo officials asked for the public’s help in keeping an eye out for Gladys near the zoo, a neighbor reported finding Gladys on the side of the road. The neighbor, who noted that Gladys was hurt, called the zoo and then transported the owl there.

"For the last five years, Gladys has been a beloved ambassador of her species in the bird show," a statement from the zoo reads. "This is a difficult day for our team. Whenever an animal dies, we feel the impact of that loss as a Zoo community."

An update on Gladys, the Eurasian eagle owl. pic.twitter.com/TvpmT3aZXH