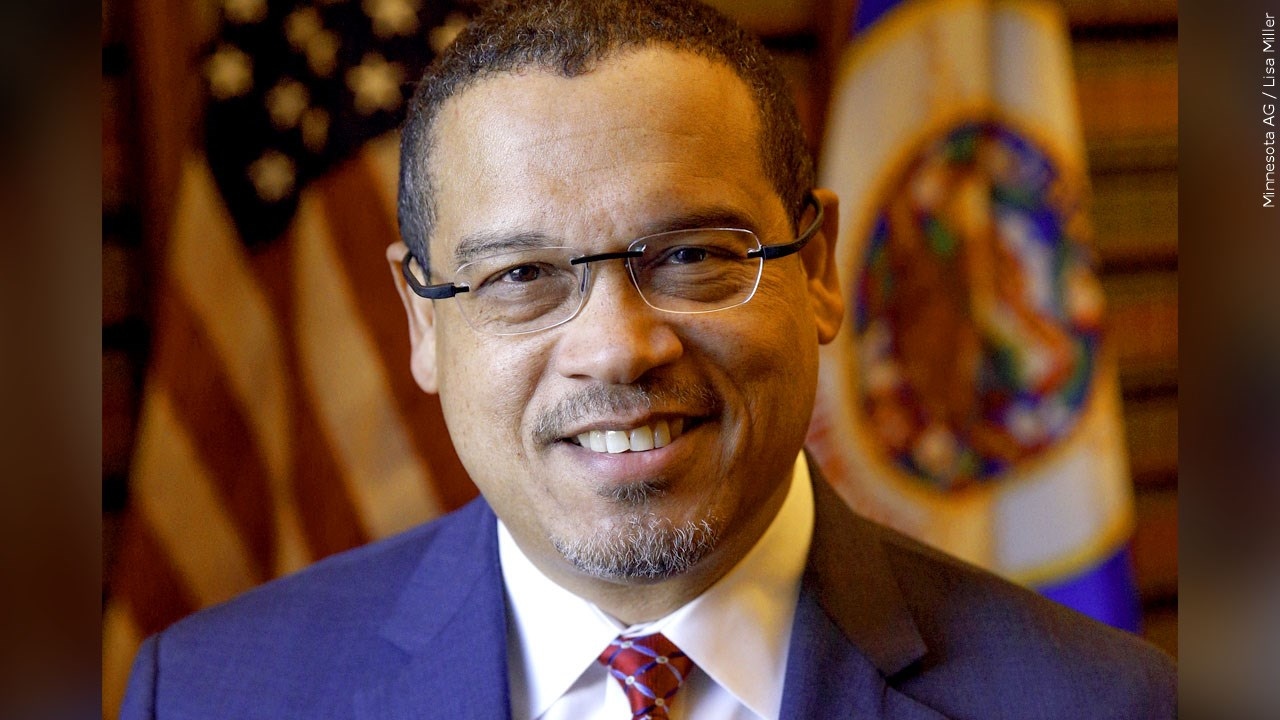 Incumbent Attorney General Keith Ellison outlasted his opponent’s accusations about violent crime and the Feeding Our Future scandal to claim another term as the state’s chief legal officer.

The Associated Press called the race around 1:30 p.m. Wednesday after Ellison’s challenger, Jim Schultz, conceded when the races were separated by about 21,000 votes, or roughly 1%.

Ellison ran on a platform of “Everybody counts, everybody matters,” reaffirming the self-titled “People’s Lawyer’s” commitment to left-endorsed issues like diversity and abortion accessibility.

Schultz, who promoted his endorsements from many county sheriffs, ran on a platform of economic protections, support for law enforcement agencies and adherence to the Minnesota Constitution.

The tension of the highly contested race was on display during KSTP’s Debate Night in Minnesota, which can be rewatched here.

“We’ve been through tough times in the last four years: a global pandemic, George Floyd killed on our Minnesota streets, the Dobbs decision that stripped women of their rights, and so much more. When times get hard, you can get bitter, or you can get better – and we got better.

We got out there and reached out to each other – and while others were trying to have Minnesotans turn on each other, we turned to each other. Because everybody counts and everybody matters. In the words of the great Paul Wellstone, “We all do better when we all do better.’ Those phrases mean the same thing: empathy, compassion, and unity. Those are the values we brought to this race.

But this election was tough. Millions of dollars were spent to sow division, hate, and fear. And we overcame it: we were positive, and Minnesotans responded.

I am very grateful for this win. I’m thankful to my campaign staff, the staff of the Minnesota Attorney General’s Office, Senators Amy Klobuchar and Tina Smith and the elected officials who endorsed me, all county attorneys who supported my candidacy, faith leaders who supported us and called out the tactics of fear and division, and all the volunteers who made this win possible.

Above all, I thank the voters of Minnesota for the great honor of serving you as your Attorney General. I promise to continue helping you afford your lives and live with dignity, safety, and respect every day.”

Schultz issued a statement Wednesday afternoon regarding the race:

Although the race for Attorney General has not been formally called, the results are now clear, and I plan to call Attorney General Ellison later today to congratulate him on his reelection.

I am very proud of the race we ran. We received the highest percentage of the vote for a Republican candidate for constitutional office in nearly 30 years. We received substantially more total votes than any Republican candidate for constitutional office in Minnesota’s history. We carried 76 of Minnesota’s 87 counties. We didn’t quite get there, but we have a lot to be proud of.

I want to thank my wife Molly. This would not have happened if not for the sacrifices she has made. Molly – You have been my rock through this campaign as you have been since the day we were married almost 12 years ago. The world’s best mom, my greatest supporter, my best friend, and the best person I know. I love you.

I also want to thank my team. I was blessed to have both a team of world class professionals and just great people. Corey Miltimore – the architect from the beginning. You have been with Molly and me through thick and thin, and we would not have gone anywhere without you. My campaign manager, Christine Snell, the best manager in the state of Minnesota. Sam Winter, also there from day 1 doing it all, including driving awfully fast on rural Minnesota roads to get me to places on time. Jeanette Purcell, Pari Glessing, Peter Glessing, Chris Madel, Mark Drake, Thomas Knecht, Mitchell Williamson, Spencer Johnson, Sage Petrusa, Dustin Grage, and Anika Rickard. My two campaign chairs, Mike McFadden and Ron Eibensteiner. You have all sacrificed a lot. Thank you.

Molly and I also need to thank the family, friends and supporters throughout our state who have been with me through this race. You have encouraged us, knocked on doors, made phone calls, donated money, and most important of all prayed for us. You have done it all, and I cannot thank you enough.

I especially want to thank the police who have supported me in this campaign. The men and women in law enforcement are heroes, not villains, and it is among the great honors of my life to have gained more support from law enforcement than any candidate in Minnesota’s history. I especially want to thank Brian Peters, Dave Titus, Mark Ross, and Sheriff Bob Fletcher and the 40 other sheriffs who endorsed me.

Over the last 11 months people have asked me why I stepped in to run in this race. For us family comes first, I am a husband and a father first, and with three young girls, it didn’t make sense for a lot of reasons.

The simple answer is that Molly and I felt called to it. We may have had a comfortable life but in this short life we are not called to be comfortable. We are called to sacrifice. And sacrifice from all is what our state and country need right now. We only have on this earth 70 or 80 years, maybe a little more, and in the end, no one cares about your money or your cars or your titles. What matters is what you have done for others.

My great, great grandfather, a Civil War veteran who fought for the Union, came here in 1875. He came to a state with an extraordinary people, made more extraordinary with the newcomers we have welcomed over time. And it is those people, many of whom are hurting right now, that I start with. I start from a very simple belief: every person, every color, every creed, every walk of life, is a child of God. A person is of infinite value. I did my best to articulate that in this race.

I’ve now been in politics for 11 months. I’ll return to the private sector but will never stop fighting for the people of Minnesota. Thank you. God bless you. God bless Minnesota, and God bless the United States of America.”

Find the profiles for these two candidates and others here.