Some cities are issuing emergency watering bans due to concerns over drought-like conditions in Minnesota.

The Minnesota Department of Natural Resources said it was the longest and most severe heat wave to occur so early in the season.

"My lawn is pretty much dying," said Claudia Brumm, a homeowner in Woodbury. "It’s crunchy. When you walk on it, it crunches even more than leaves in the fall."

Cities have noted an uptick in water consumption, with more homeowners running sprinkler systems to try to keep their grass alive. 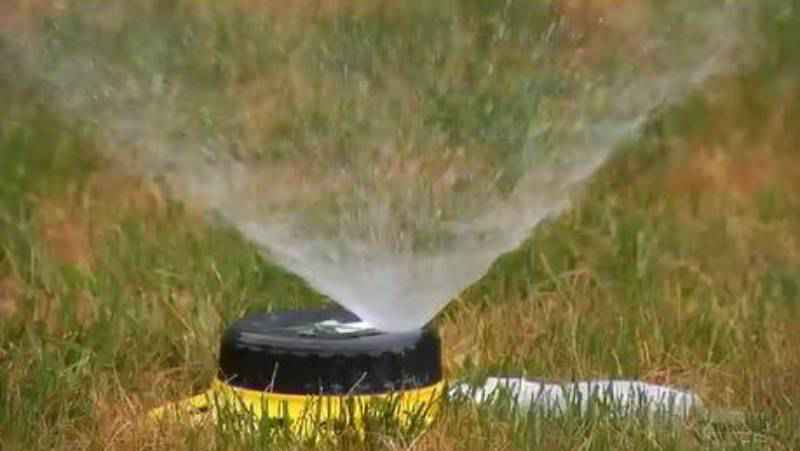 "I think we were one of the first to implement, but I doubt we will be the last," said Allison Polsfuss, director of administration for the city of Minnetrista.

The city is asking people not to use automated irrigation systems. The ban also prohibits other nonessential water use, such as washing cars, power-washing homes and filling pools. Polsfuss said the temporary ban was put in place to ensure there will be enough water for the fire department to fight fires, if needed.

"I know people want to have a lush and green lawn, but fire protection and public safety takes precedent over that. That is really our main concern here," Polsfuss said. "And the faster we all cooperate, the faster this will hopefully end."

Other cities in the metro have annual policies to limit water use that typically include asking homeowners to use irrigation systems only every other day, including:

"I don’t recall anything this early," said Clint Morrill, in Woodbury. "It’s something we normally fight every summer, but usually in August. For me, the irrigation system is my annual nemesis. I think I actually got it set up the way I want it, so now if I can’t use it, I’ll be disappointed. I do understand the need for prioritization, so this is just going to be another thing that we’re going to deal with on the home front."

Brumm added, "I think with watering it’ll come back, but if it doesn’t, there are worse things in life than to lose your lawn."