Driver in fatal wrong-way crash on I-394 charged 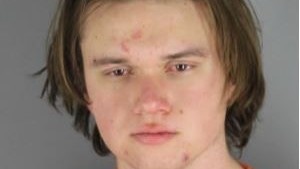 A St. Anthony man is facing charges after he allegedly drove the wrong way on Interstate 394 and hit a vehicle, killing one person.

A Minnesota State Patrol crash report says the crash happened just before 4 a.m. Friday. Maness was allegedly driving a Jeep Wrangler the wrong way in the eastbound lanes of I-394 when he collided head-on with a Chrysler Sebring near Plymouth Road.

The driver of the Chrysler, identified as 30-year-old Alan Caraveo, died. The passenger in the Chrysler suffered non-life-threatening injuries.

A criminal complaint states that when troopers made contact with Maness, they saw he had bloodshot eyes and smelled of alcohol. When they asked Maness if he realized he was driving the wrong way, Maness responded, “Sorry, bro,” and admitted he’d been drinking, the complaint states.

Maness had his bail set at $150,000. He remained at Hennepin County Jail on Tuesday and is set to make his first court appearance Wednesday afternoon.