No one really knows what will happen outside the courthouse in downtown Minneapolis during and after the trial of Derek Chauvin. Some businesses plan to board up and shutdown while others will remain open in hopes of getting a boost in customers if demonstrations remain peaceful.

"The first thing we’re doing is really trying to make sure every business, every building management company has good information about what the level of crowd preparation has been through Operation Safety Net," said Steve Cramer, president of the Minneapolis Downtown Council. That’s the plan developed by law enforcement, the city of Minneapolis and the state of Minnesota to protect both peaceful demonstrators and downtown businesses and their customers.

"It’s geared to helping people protest and do that safely and constitutionally, but to respond if people cross that line," Cramer told 5 EYEWITNESS NEWS. "Then respond more quickly and decisively than, certainly, people experienced last year during the civil unrest after the killing of George Floyd."

For some businesses like O’Donovan’s Irish Pub, the Chauvin trial is just the latest setback to trying to get back to normal. O’Donovan’s closed last March and had hoped to reopen last summer. Then, there was civil unrest and riots followed by another COVID-19 surge in November. Owner Dermot Cowley was hoping to reopen this month.

"We were hoping to go March 12 so maybe we could capture St. Patrick’s Day, but I don’t want to put our staff or any of our guests in harm’s way," Cowley told 5 EYEWITNESS NEWS. "There’s just not many people in downtown right now and, with the start of the Chauvin trial, there’s a lot of us very concerned people will still be nervous about coming down." 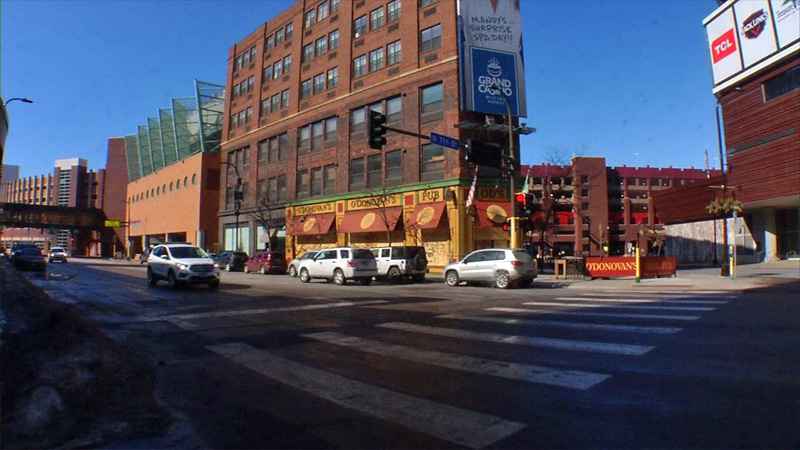 Despite some fears, Cramer said most downtown businesses remain open, both in the Skyway system and on street level.

"We’re advising that downtown really should be open for business," Cramer said. "The number of street closures is very limited. Transit will be operating."

Cramer also said businesses and visitors to Minneapolis can go to the Minneapolis Downtown Council website and check Skyway hours to find a list of businesses that are open.