Ever since U.S. Bank Stadium opened in 2016, Minneapolis police officers have been the primary face of the security force on Minnesota Vikings game days and at major concert events. Now, with MPD down about 200 officers, other law enforcement agencies are likely to take on some of the security role.

“Given how far down the MPD ranks are, in terms of numbers, we have begun conversations with other state and local law enforcement agencies to see if we can put a package together to cover our game day needs,” says Lester Bagley, the Executive Vice President of Public Affairs for the Minnesota Vikings. He says the team is working collaboratively with the Minnesota Sports Facilities Authority (MSFA) to come up with a plan to meet the game day security needs. “We have explored private security. It’s a work in progress.”

The MFSA chairman Mike Vekich declined to be interviewed, but a spokesperson sent a statement to 5 EYEWITNESS NEWS saying the stadium will continue to be a safe environment. “As is always the case, the MSFA will ensure all security requirements will continue to be met for all U.S. Bank Stadium events,” the brief statement said.

Minneapolis has a budget for 756 sworn police officers, but as of June, had only 564 active officers. With the Minneapolis Police Department already struggling to keep up with daily public safety needs in the city, it doesn’t leave much time for officers to take extra off-duty work. So the Vikings and MSFA will work to involve other local police departments and sheriff’s offices.

The MFSA is likely to address the security issue at its next meeting later this month. 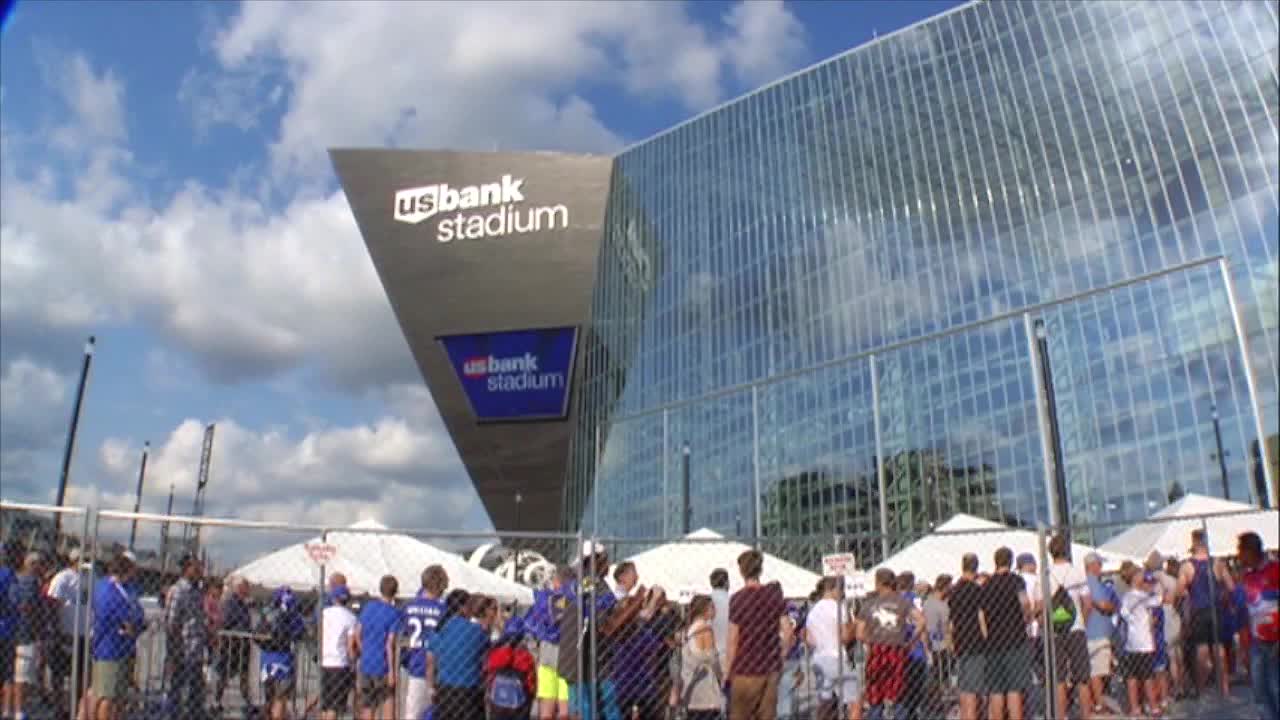