As crime continues to rise in the City of Minneapolis, a team of specialists are working to intervene in the hospital. Next Step aims at ending the cycle of violence by providing support to victims of shootings, stabbings and assaults.

“You have to approach it with care, from a trauma-informed care lens and that’s saying, ‘We know something happened to you but there’s nothing wrong with you,’” said Jalilia Abdul-Brown, a senior violence prevention specialist. “Let us help you get back on your feet.”

Abdul-Brown is one of the Next Step specialists who respond when a victim arrives at Hennepin County Medical Center, North Memorial Health Hospital or Abbott Northwestern Hospital.

They join the patient and medical staff in the stabilization room. The specialists help explain the treatment options presented by the doctors and nurses. They also work to build trust between the patient and physician.

“If the person who doesn’t trust the person who’s treating them, then sometimes people leave [against medical advice],” said Kentral Galloway, the program manager. “When we come in, we start building a relationship with them. We’re telling the providers, ‘We built this relationship with them, this patient is willing to work with us.’ And then we tell the same to the patient: ‘This provider, he works with us, he’s going to take care of you.’ That is big.” 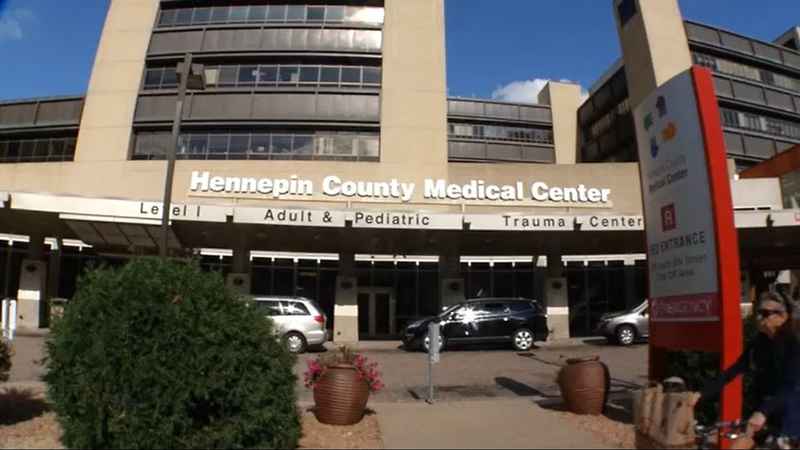 The program initially started at HCMC in 2016 with two team members, specifically treating patients who are 12 to 28 years old. As the demand has grown, it’s expanded.

There are now 13 team members who provide support to victims of any age. Each specialist is rooted in the community.

“Hennepin Healthcare has been good, North Memorial has been excellent and Abbott now, letting us go in and saying, ‘We don’t necessarily know how to deal with this but we are going to get people who are actually from these communities who can relate and are credible messengers to take these messages back to the community so we can build equity up in our communities,’” Abdul-Brown said.

She is also a pastor at Shiloh Temple International Ministries in Minneapolis. The relationships she makes during those first few moments at the hospital continue even after the patient is discharged.

“We don’t just drop people — we case manage them,” Abdul-Brown said. “We actually host mental health support groups, we meet for one-on-one counseling because even if you take a bullet to your body, you take it to your brain.”

Violent crime continues to rise in Minneapolis; it’s up more than 25% compared to Oct. 2019.

“The last six months especially, I’ve seen the most women and girls shot ever in history that I’ve ever seen in the city of Minneapolis, Hennepin County,” Abdul-Brown said. “It is every race of women and girls who are getting shot, who are being stabbed, who are being assaulted, some of them just walking to their cars.”

Tatiana Cloud is one of those women. She was shot while walking with a friend in the city one night in May.

“We heard gunshots and everyone is running,” Cloud recalled. “I had fell, so I thought I scraped my hand and then I realized I got shot.”

A scar extends from her wrist down into her forearm. The bullet tore through nerves and tendons. It also caused a bone fracture.

“I still can’t put words to it. It’s difficult,” she said. “I couldn’t feel three of my fingers. I couldn’t feel nothing, so I was just like, ‘Please save my hand.’"

While she was in the hospital, two members of the Next Step team introduced themselves and offered support.

Abdul-Brown became Cloud’s case manager and invited her to a women’s group.

“I cried in a session, just being around others and talking about it,” Cloud said. “Because for a while, I had isolated myself once I got shot. I was afraid of going outside. Even to this day, my anxiety is through the roof. I don’t even like going grocery shopping, I don’t even like coming downtown because I’m always thinking about, you know, the wrong place at the wrong time. You could be walking, literally just walking, minding my own business and I got shot. So just working through that.”

In addition to mental health support, Next Step assisted Cloud financially. She is a painter and finish carpenter, so she was unable to work while she underwent surgery and physical therapy to regain the use of her hand.

“I’m very thankful for it,” said Cloud, who told us it will take time to heal from the traumatic night. “It could’ve been worse so I think back on that. I made it through that night, I made it through it. I’m just grateful that I’m here.”

Since the program started five years ago, 715 people have participated; 89 of those people have signed up since the start of 2021.

Galloway said the need has increased in the wake of the death of George Floyd and the pandemic.

“[There’s] the saying hurt people hurt people and there are a lot of hurt people in our community,” Galloway said. “We have to help them heal because if we can’t figure out a way to heal folks, then the violence will continue. The cycle will continue so we have to break that cycle.”

If you are interested in supporting this program, you can email Galloway.