Deadly crash under investigation in Fridley 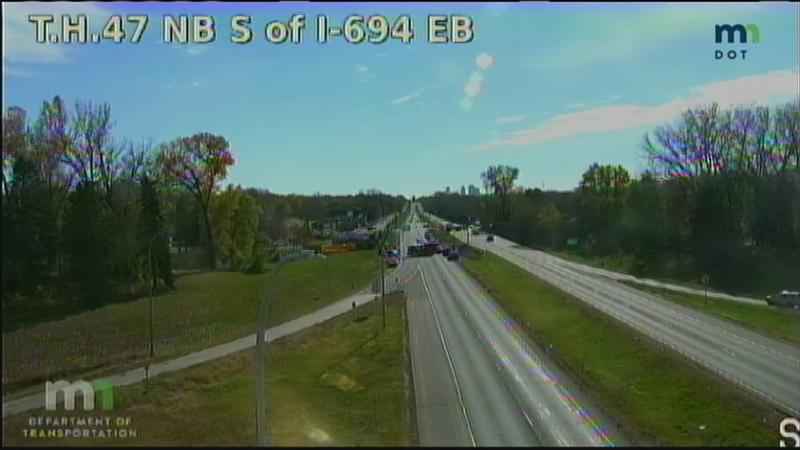 Crews work to clear the scene of a deadly crash Saturday, Nov. 6, 2021, on University Avenue Northeast in Fridley.

Authorities are investigating a fatal crash Saturday afternoon in Fridley.

According to the Anoka County Sheriff’s Office, the crash happened on the 5300 block of University Avenue Northeast — just south of Interstate 694 — at about 12:30 p.m.

An initial investigation indicates that two SUVs were traveling northbound on University when the first, a 2021 Subaru Forester, swerved right and clipped the Nissan Lief in front of it, then went off the road and hit a metal sign pole, according to the State Patrol.

The man driving the first SUV was pronounced dead at the scene and the second driver, a 66-year-old woman, had minor injuries, Fridley police and the State Patrol said.

Northbound lanes of University Avenue are closed between 53rd Avenue and I-694 while crews work to clear the scene.