Community members gathered at the intersection of West Lake Street and Girard Avenue South on Wednesday evening to remember Deona Knajdek. Her birthday was June 16; she would’ve turned 32 years old.

“We all know that could’ve been any one of us, that could’ve been our name right here,” said Toussaint Morrison, a community activist who pointed to a banner. “Deona placed her car right there and probably saved 10 people from getting mowed down.”

As the memorial got underway, the intersection was blocked off to traffic. The group that gathered marched east on Lake Street chanting, “Happy Birthday, Deonna Marie.”

“I know that she would want us out here just to support that this is bigger than us,” said Justin Donner, who lived in Uptown for years. “Supremacy doesn’t care, and that’s really why I’m here — to stop this mentality, this ideology that any human being better than you.” 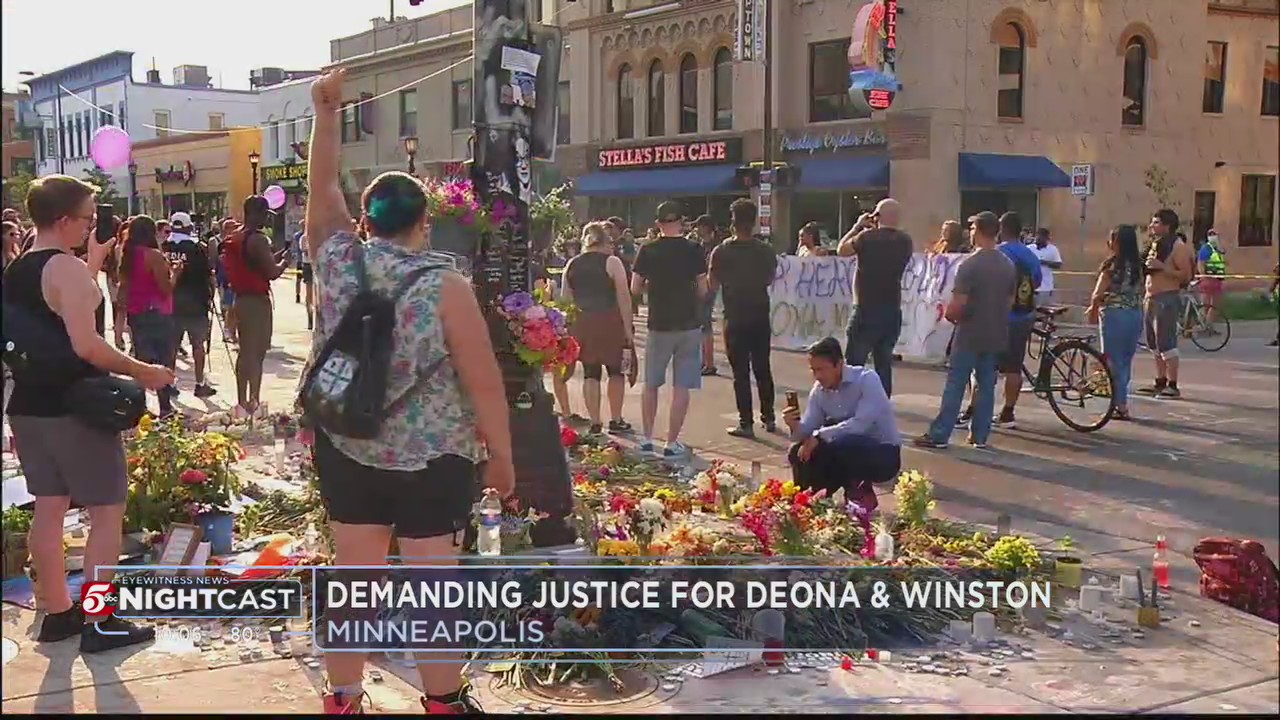 They also called for Mayor Jacob Frey to resign.