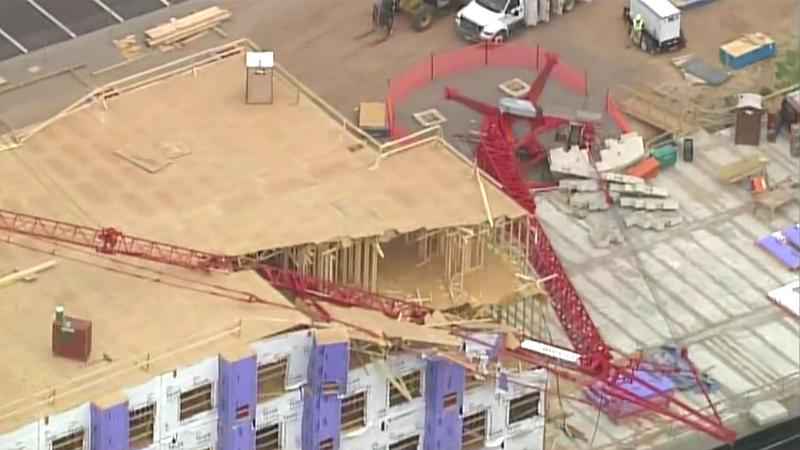 A crane fell over at a construction site in the Minneapolis suburb of Lexington on Friday, causing a power outage for nearly 1,000 customers in the area as temperatures were in the mid-90s.

There were no injuries reported.

A dispatch supervisor with the Centennial Lakes Police Department said the call came in shortly before 12:30 p.m. The crane fell into power lines and onto the partially-constructed building,

The building was evacuated.

Xcel Energy reported nearly 1,000 customers in the areas of Blaine, Circle Pines and Lexington were without power after the collapse.

The power company said energy was restored to all but 32 customers by about 2:30 p.m.

The cause for the fall is under investigation.