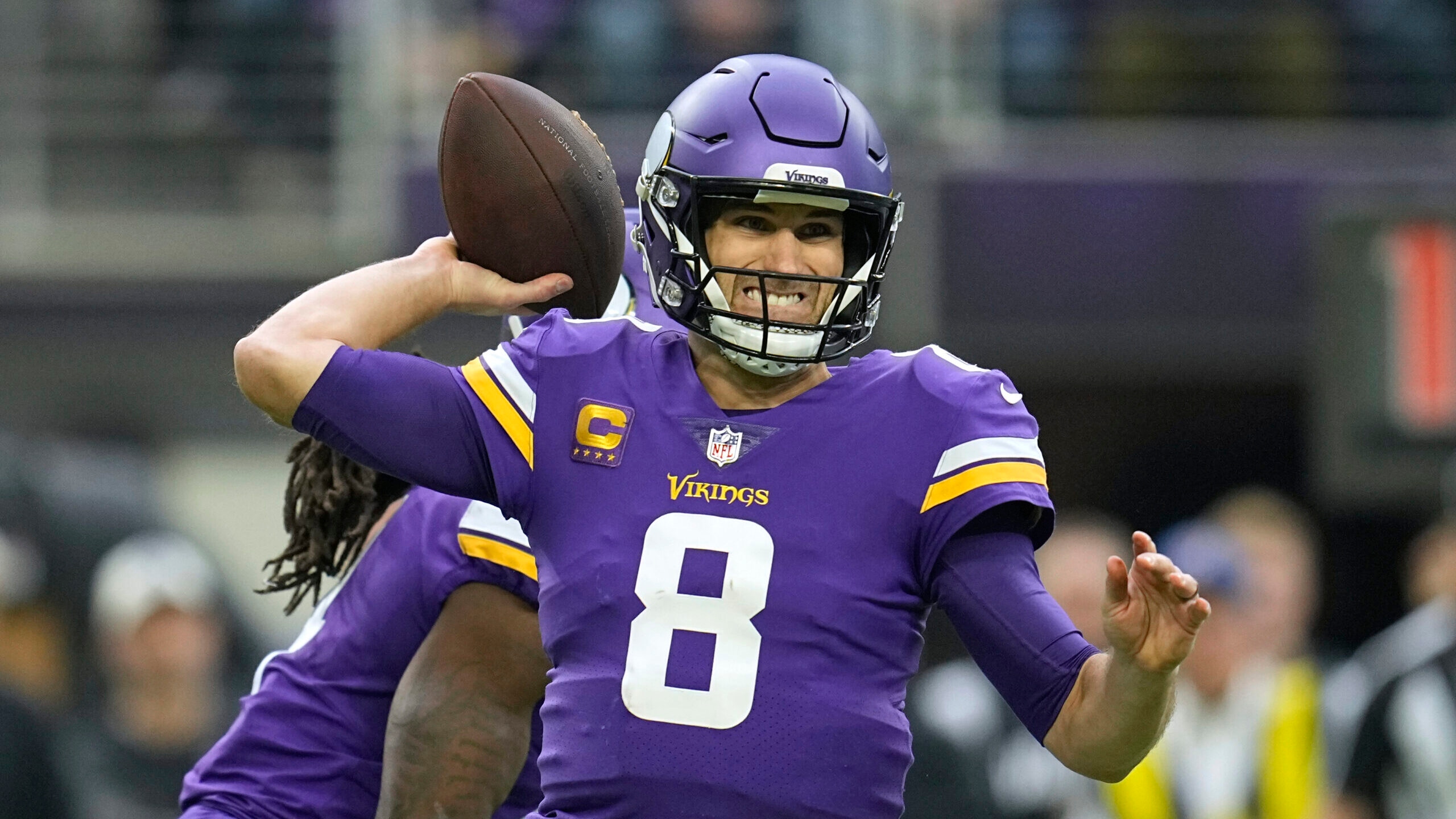 Minnesota Vikings quarterback Kirk Cousins (8) throws a pass during the first half of an NFL football game against the Indianapolis Colts, Saturday, Dec. 17, 2022, in Minneapolis. (AP Photo/Abbie Parr)

Just days after leading the Vikings to a record-breaking comeback win, the NFL has honored Vikings quarterback Kirk Cousins by naming him the NFC’s Offensive Player of the Week.

The Vikings were down 33-0 at halftime Sunday but ended up winning by a score of 39-36, the largest comeback in NFL history. With the win, the team also clinched the NFC North.

Cousins threw for 460 yards during the game and passed former quarterback Daunte Culpepper for the team’s third-most passing yards in franchise history, according to Vikings officials.

Cousins is now the sixth player on the team and second member of the Vikings offense to earn an NFC Player of the Week award this season. Earlier this season, Justin Jefferson won the award after the Vikings defeated the Buffalo Bills.

The Vikings will host the New York Giants Saturday, with kickoff scheduled for 12 p.m. They will then travel to Green Bay for their New Year’s Day game and Chicago for their final regular season game.