The Red Ribbon Ride will take cyclists on a 150-mile journey through Minnesota to raise awareness for HIV at a critical time for the state.

“This is the first time Minnesota’s ever had any HIV outbreaks,” said Christine Jones, manager of the Minnesota Department of Health STD/HIV Unit.

State health officials declared an HIV outbreak in Hennepin and Ramsey Counties in 2020 and then added the Duluth area in 2021, noting that the term “outbreak” refers to a sudden spike in new cases that is more than expected in a given area.

MDH said the outbreak in the Twin Cities is largely due to a rise in encampments and people injecting drugs. 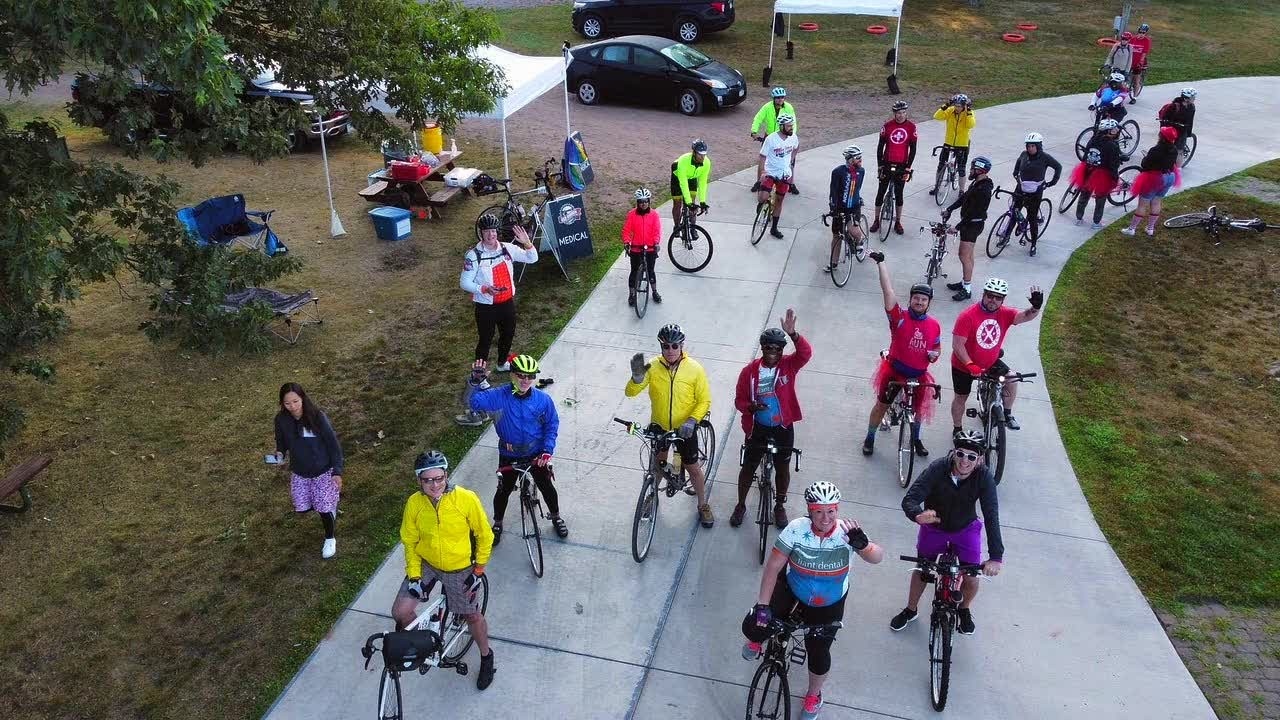 State data shows there were 71 new cases in Hennepin and Ramsey Counties in 2022, as of the end of May.

“It’s definitely unusual,” Jones said. “But because we are seeing increases in individuals who inject drugs and because HIV is a bloodborne pathogen, it’s not necessarily surprising that this would happen.”

The Red Ribbon Ride is a decades-old event in Minnesota that runs from One Heartland in Willow River to Duluth and then back down again.

The ride kicks off Saturday morning and continues through Sunday afternoon. Organizers said 60 cyclists are signed up to participate.

The event raises awareness and money for organizations that serve people living with HIV in Minnesota, including One Heartland, Rural Aids Action Network and The Aliveness Project.

“We are combating increasing rates of HIV on multiple fronts, and in 2022, that is absolutely unacceptable,” said Matt Toburen, executive director of The Aliveness Project. “We have the knowledge and the tools to end HIV. We just need the resources and the political will to get us to the end of AIDS in Minnesota.”

The Aliveness Project, based in Minneapolis, serves thousands of Minnesotans through meals, food shelves and supportive services.

“I’ve lost count of the number of clients and members who have come to me with tears in their eyes and said, ‘I am alive today because of The Aliveness Project,'” Toburen said. “We must remember HIV continues to exist in our community. There are over 10,000 people living with HIV in Minnesota.”

He said the Red Ribbon Ride provides critical funds so their services can continue.

Cyclists have already raised more than $100,000 for this weekend’s event.

“The missions are very important to me and important to the world,” said Nova Allen, a first-time participant. “I think, a lot of the time, people living with HIV are kind of swept under the rug, so it’s really important to bring light to it in this kind of way.”

Visit the event’s website for more information on the Red Ribbon Ride or to donate to the cause.