CDC says 23% of pregnant women have been vaccinated, health care professionals trying to change that

Pregnancy can be a time of excitement, joy and anticipation. But in these pandemic times, there can be hard choices to make.

"As a mom, as a pregnant mom, you’re so vulnerable and you feel you have to protect the baby," Bridget Engelbrektson, now the mother of a near 7-month-old girl, said. "You are holding the weight of the world on your shoulders."

Last December, while seven months pregnant, she faced a choice: whether or not to get the COVID-19 vaccine.

"With COVID, there is no time to wait," Engelbrektson, a nurse at M Health Fairview, said. "You have to make this decision now, and that puts moms and dads in a tough position. To say that I wasn’t nervous about it wouldn’t be true. Nobody had really crossed that line yet." 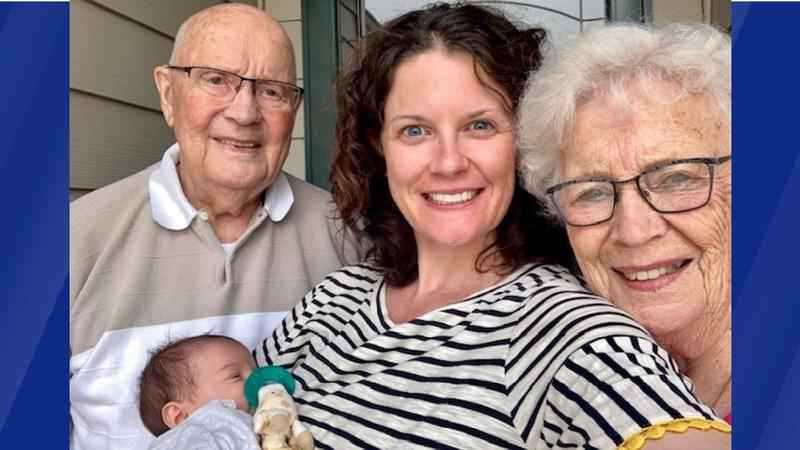 The Centers For Disease Control and Prevention says even now, eight months later, only 23% of pregnant women nationwide have been vaccinated.

"We do know in general, pregnant people have some hesitancy towards vaccines," said Dr. Sarah Cross, a maternal-fetal medicine specialist at M Health Fairview.

She says, during last December, as the first vaccines were granted an emergency use authorization, one key group had been left out during testing.

"It’s a special scenario because they don’t include pregnant women in their research studies when they’re coming out with new drugs and new vaccines, that we don’t have the information at the get-go," Engelbrektson added.

But now a new report, by two leading medical associations, is encouraging doctors to "enthusiastically recommend vaccination" to their pregnant patients.

"Pregnancy is a high-risk condition for COVID infection," said Dr. Cynthia Gyamfi-Bannerman, a member of the board of the Society for Maternal-Fetal Medicine. "So, not necessarily that you’re more likely going to get infected with COVID, but you get more sick once you have the infection when you’re pregnant."

Gyamfi-Bannerman says research has found that the benefits of the vaccine far outweigh the dangers of getting COVID.

"What we know now is that infants of women who get vaccinated can develop antibodies to protect themselves early on in their newborn life," she said. "But there are also antibodies that we think are present in breast milk."

Why the strong recommendation now? Two big factors; Cross cited the spread of the delta variant and the fact that the CDC has a growing body of data showing that the vaccine is safe for pregnant women.

"About 139,000 people have been vaccinated during pregnancy so far," she noted. "Including 800 during the first trimester, with no evidence that there’s any increased risk either for the fetus or the pregnant person receiving the vaccine."

Cross’s advice about when to get the vaccine during pregnancy?

"So the best time to get it is as soon as you can," she said. "I hear a lot of people being told to wait until they’re out of their first trimester. We have data from those who’ve been vaccinated in the first trimester, and none of that has shown an increased risk for things like birth defects, or miscarriage. Every day that you don’t get vaccinated is a day you could still get COVID."

Pfizer is now conducting the first trials for its COVID vaccine with pregnant women.

The study began in February and includes 4,000 women.

Those trials are expected to last from seven to 10 months.

Engelbrektson says after consulting with her doctors, friends and family, she decided to go ahead and get the vaccine.

She says one of the best outcomes is being able to safely introduce her baby daughter, Marin, to her 95-year-old grandparents.

"I wanted to make sure our baby had any chance at protection that she could have," Engelbrektson said. "The night after Marin was born, I asked them to test her for antibodies and she came back with a tier as high as mine, meaning she has as much production as I do. And I couldn’t sleep that night, I felt so validated and so grateful that we had the opportunity to give that to her."