Minnesota’s own cartoon legend, Charles Schulz, will be honored this weekend in newspapers all over the nation.

Schulz is the creator of the comic strip “Peanuts” and Saturday would have been his 100th birthday. To honor his legacy, 75 syndicated cartoonists will include a tribute in their comic strips to Schulz, Charlie Brown, Snoopy and the whole gang.

“It’s going to be wall-to-wall tributes to Charles Schulz,” Benjamin L. Clark, curator at the Charles M. Schulz Museum, said. “I’ve been fortunate enough to preview a few of these and it’s just — it’s just a lot of fun.”

Clark and his team helped planned the tribute. 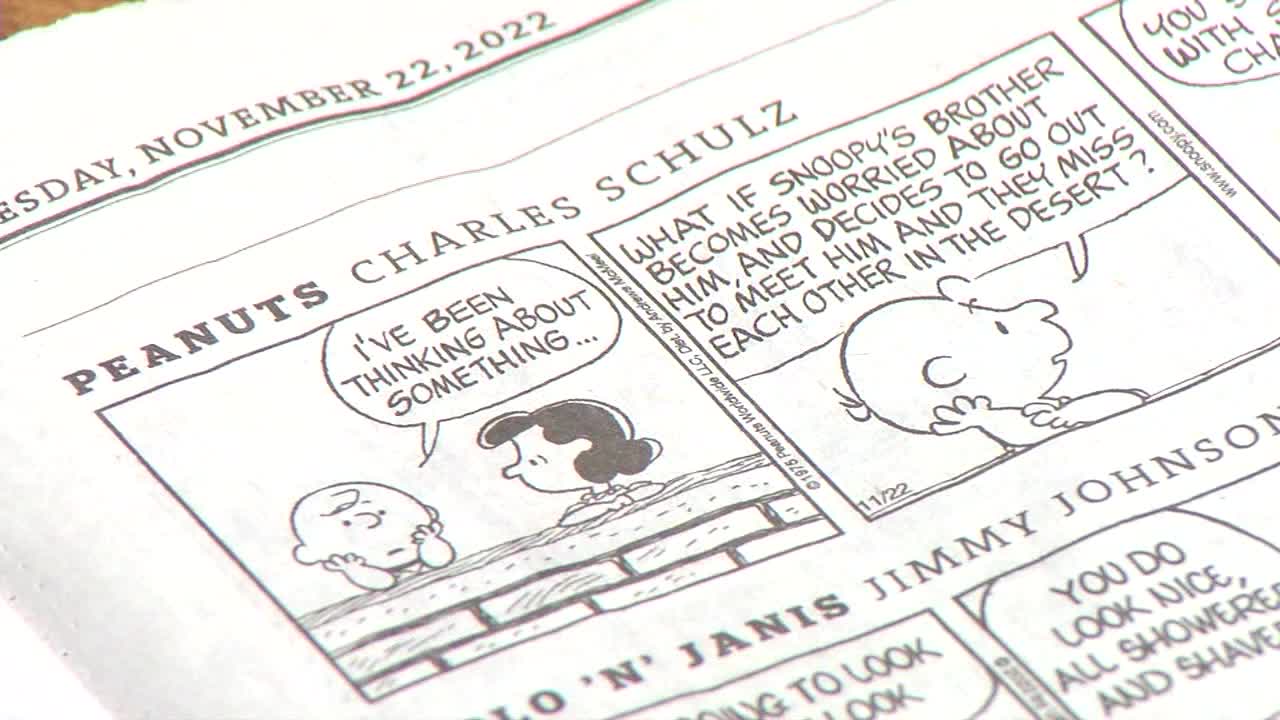 “Charles Schulz dug deep into his soul and poured it out onto the page [which was really] remarkable and different, especially when he debuted in 1950,” Clark said, adding: “It resonated with readers around the world, including people who would grow up to become cartoonists.”

From the funny papers, holiday movie specials, statues in downtown St. Paul, to the former Camp Snoopy amusement park at Mall of America, the “Peanuts” have been pop culture icons for decades.

“He is such an iconic figure,” said Dr. Yuan Ding, who’s written about Schulz for the Minnesota Historical Society.

“What resonated with me about Schulz and his work about Charlie Brown as a character, is [he’s] this very unusual hero,” Ding added.

She was also a fan of Schulz’s work well before writing about him, far from his hometown of St. Paul.

“I watched his cartoon films even when I was living in China,” Ding said. “That testifies to the influence that he has had on many generations.”

Schulz passed away in 2000, but his cartoons can still be seen in newspapers today.