With 99% of precincts reporting, incumbent Melvin Carter is poised to secure a second term as St. Paul’s mayor by a massive margin.

In a speech to his supporters, Carter said, "I’m Melvin Carter, and I’d like to continue being the mayor of the city of St. Paul." At that point, only 40% of precincts had reported results.

In St. Paul’s mayoral race, incumbent Melvin Carter is running for a second term, while seven challengers are vying for his office in a ranked-choice election.

Those running against Carter for the title of St. Paul’s chief executive include:

With St. Paul Police Chief Todd Axtell announcing he will leave the department next year, the direction of the city’s public safety philosophy is one of the top issues at stake. 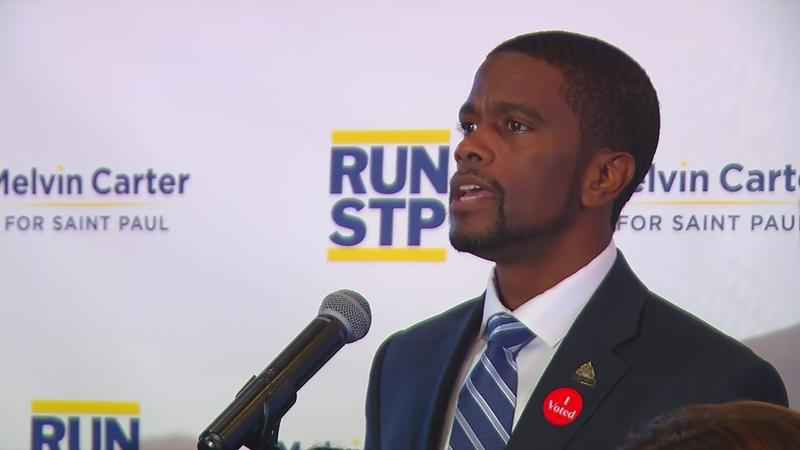 Carter favors police reform and taking a "public health" approach to violence prevention. He has also pushed back against Police Chief Todd Axtell’s plea to purchase ShotSpotter technology in St. Paul — a system Minneapolis uses to identify when and where shots are fired in certain neighborhoods.

Several of Carter’s opponents have voiced their desire to strengthen the St. Paul Police Department, either with more funding or more sworn officers on the force. Frost said he would explore financing options for a ShotSpotter system. And those who spoke with 5 EYEWITNESS NEWS — Guerin, Jones-Robinson, Langenfeld and Nayeem — blamed Carter for Axtell’s coming departure.

Under the ranked-choice system, if no candidate gets a majority, election judges will reallocate ballots based on voters’ subsequent picks, eliminating those who get the fewest first-choice votes. That process could take several days.