Brooklyn Park family gets a home for the holidays

A Brooklyn Park family that has been living out of a hotel just received a surprise Christmas present: The gift of a new home.

5 EYEWITNESS NEWS was there to capture the emotional moments Wednesday morning when the family learned about the secret fundraising effort happening on their behalf.

In September, Pascale Darbonne said she lost her home and has been living at Home2 Suites in Brooklyn Park ever since, with her husband and four children.

She said her four children all have special needs. Her daughter Bryonna was born with a traumatic brain injury. Her daughter Nadia has had 59 surgeries due to esophageal atresia, a birth defect in which the esophagus connecting the mouth to the stomach does not develop properly. Her two sons, Darius and Taven, have autism.

Both Darbonne and her husband, Bryan Pierce, contracted COVID-19 this year. Pierce was laid off from his job following his sickness. 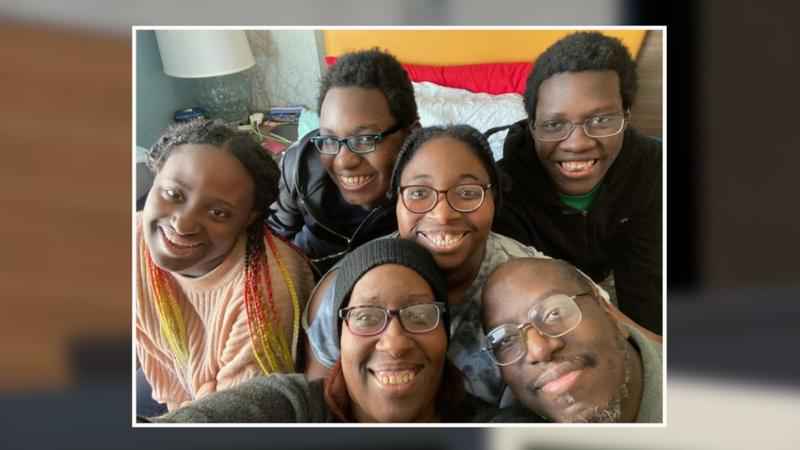 Darbonne said the six of them have been living in one hotel room for the last three months, with some of the children sleeping on the floor.

Despite the hardship, she said living at the hotel has been a ‘blessing’ since the family did not have to stay at a homeless shelter.

Unbeknownst to Darbonne, the family was nominated to Best Christmas Ever, a nonprofit that pairs generous community members with deserving families.

They hosted multiple fundraisers over the last six weeks.

"There’s literally no cooler thing we’ve ever done. This is amazing," said Declan Brown of Straight Candid Podcast and Backpocket Productions. "Our original goal was $20,000 dollars and we legitimately doubled it and have raised well over $40,000 dollars for this family."

"This letter is telling the family they are going to have a house paid for, for over a year. It’s going to change their life for a long, long time," Kaye said.

They surprised the family in the hotel lobby with a pile of presents, including coats, clothes, toys and kitchen appliances.

Darbonne cried as she read the letter, learning that they would be moving into a new rental house.

"I feel overwhelmed. Overwhelmed and blessed," Darbonne said. "A heartfelt thank you. There/s not even enough works to say thank you."

Brown and Kaye said they hope this effort inspires Minnesotans to think about others this holiday season.

"Be merry and give. It’s the best thing we have as humans on this earth," Brown said.

The family is expected to move into their new home in early January.

If you’d like to donate to the cause and help them with moving expenses and furniture, click here.