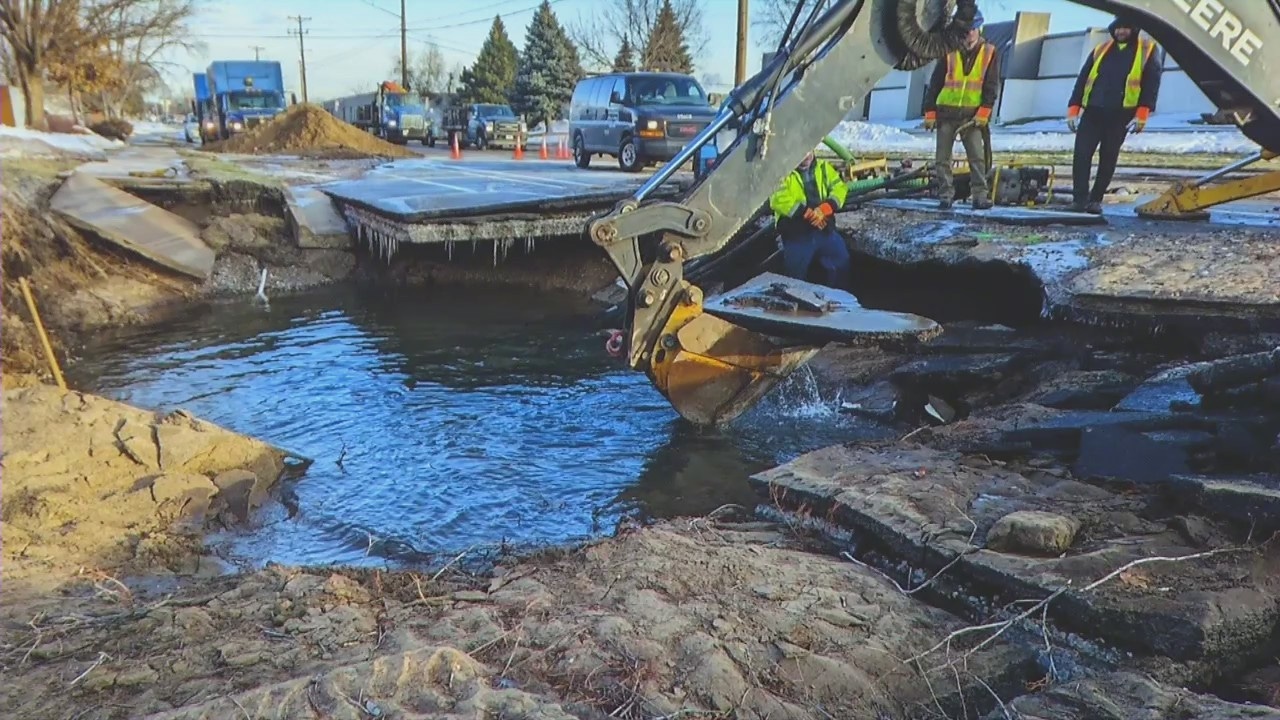 This picture from the city of Minneapolis shows the aftermath of a water main break between along Second Street North between 26th and Lowry avenues on Dec. 5, 2022. (KSTP-TV)

Wednesday, Minneapolis city officials announced they have lifted a boil water advisory that was in effect after a water main break Monday.

The water main break in north Minneapolis caused water pressure to drop in the surrounding area.

A 5 EYEWITNESS NEWS camera captured water bursting from the ground outside of Splatball Indoor Paintball, along Second Street North between 29th and 30th avenues. The water was so powerful that part of the pavement broke free and a tree was uprooted outside the business.

As a result of the loss of water pressure in the surrounding area, officials issued the boil water advisory.

According to officials, water samples from the area underwent extensive testing and was determined to be safe for all use as of Wednesday.

“We appreciate the patience and resilience of residents who were forced to boil their water for cooking and drinking,” Public Works Director Margaret Anderson Kelliher said in a statement. “Losing access to reliable drinking water can be unsettling. I am grateful for the hard work and dedication of the Public Works staff who worked to stabilize a challenging situation.”

City officials said they are continuing to work on water restoration efforts at the site of the water main break along North Second Street.