Black Garnet Books is the result of one woman’s dream and community support.

Dionne Sims first got the idea to open the shop in summer of 2020, after the murder of George Floyd. She said it was a time when she was experiencing a major void in her life and wanted to support a black-owned bookstore but couldn’t find one here in Minnesota. Sims decided to tweet that thought out, asking why there wasn’t one here and her tweet took off.

“I thought the tweet would just get like 10 likes and my friends would be like that a cool dream and maybe you can do that one day after you’re retired. So, for everyone to be like ‘no, actually we need this, it’s a void we all seriously feel,’ I was like ‘oh, ok. I’m not the only one feeling this way,'” Sims said.

After two years of raising funds, launching the online shop and creating a following, Sims was finally able to open the brick-and-mortar shop in Midway in October. 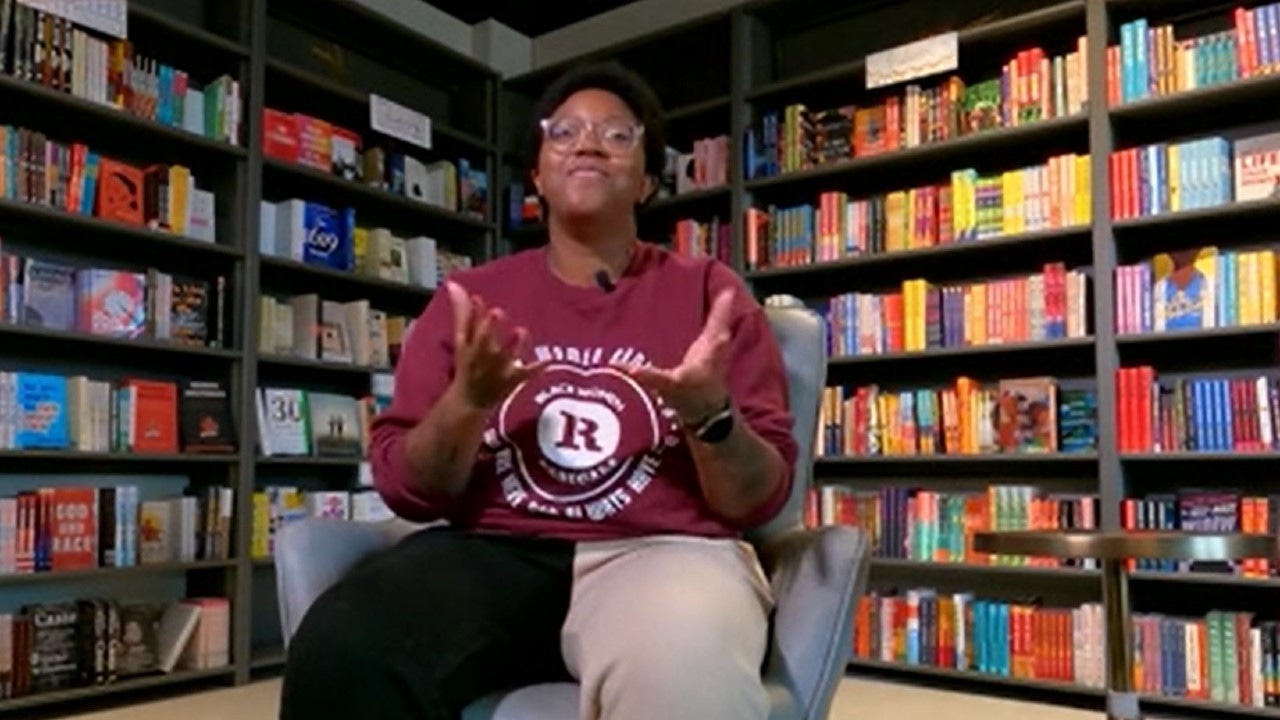 The store has more than 4,000 contemporary books by authors of color, and are books of all genres: fantasy, romance, social justice and children’s books. Sims said she wants her customers to feel represented when they walk in the door.

Sims said she hopes to see the store evolve into a space for the community, a place for poetry readings, book signings and community conversations.

“I struggle to talk about how much it means because some people might just say ‘oh it’s just a bookstore,’ but it’s more about what it stands for,” Sims said, “The way people come in here and if people could see the ways their faces light up or the way they walk around and go, ‘oh my gosh. Every single book I pick up I see an illustration that looks like me.'”