The late Betty White was a tireless lifetime advocate for animals, from caring for those without homes to launching her own weekly TV show, "The Pet Set," dedicated to her celebrity friends and their pets.

Her most far-reaching contribution, though, maybe yet to come: On Monday, fans of White will be poised to donate to animal welfare charities and shelters as part of what’s been dubbed the #BettyWhiteChallenge. And animal welfare nonprofits are gearing up to capitalize on the viral tribute to the star of "The Golden Girls" and "Hot in Cleveland" on what would have been her 100th birthday.

"I’ve had many conversations with Betty about animal welfare, and I know she’s looking down from heaven and really smiling," said Robin Ganzert, who leads American Humane, an animal welfare organization that White was involved with for more than 60 years.

It isn’t exactly clear who started the #BettyWhiteChallenge on social media shortly after White’s death on Dec. 31. However it began, the idea — to donate $5 to a local animal rescue organization in White’s name on her birthday — quickly took off and drew support from celebrities like actors Mark Hamill and George Takei on Twitter. 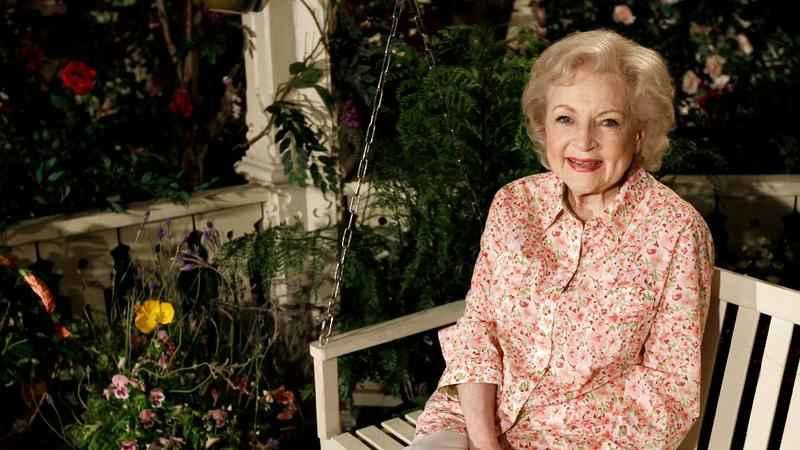 FILE - Actress Betty White poses for a portrait on the set of the television show "Hot in Cleveland" in Studio City section of Los Angeles on Wednesday, June 9, 2010. Betty White, whose saucy, up-for-anything charm made her a television mainstay for more than 60 years, has died. She was 99.[AP Photo/Matt Sayles, File]

"We keep seeing people coming into our office, dropping off checks, we’re getting donations on our Facebook fundraiser," Davis said. "It’s actually been great, better than we ever could have thought. We didn’t know that people would just come out of the woodwork and have such a strong connection and want to donate in her honor."

(The Associated Press contributed to this report.)