Layla Mathews launched her company 12 Cookies Co. in 2021. She bakes for two businesses weekly and fills the countless other orders that come in.

“It just got bigger and bigger,” she said.

Twenty-five percent of her proceeds go to pediatric cancer research. She dropped off her first check of $1,250 on Aug. 31.

Her passion, creativity and persistence are key ingredients to her success. 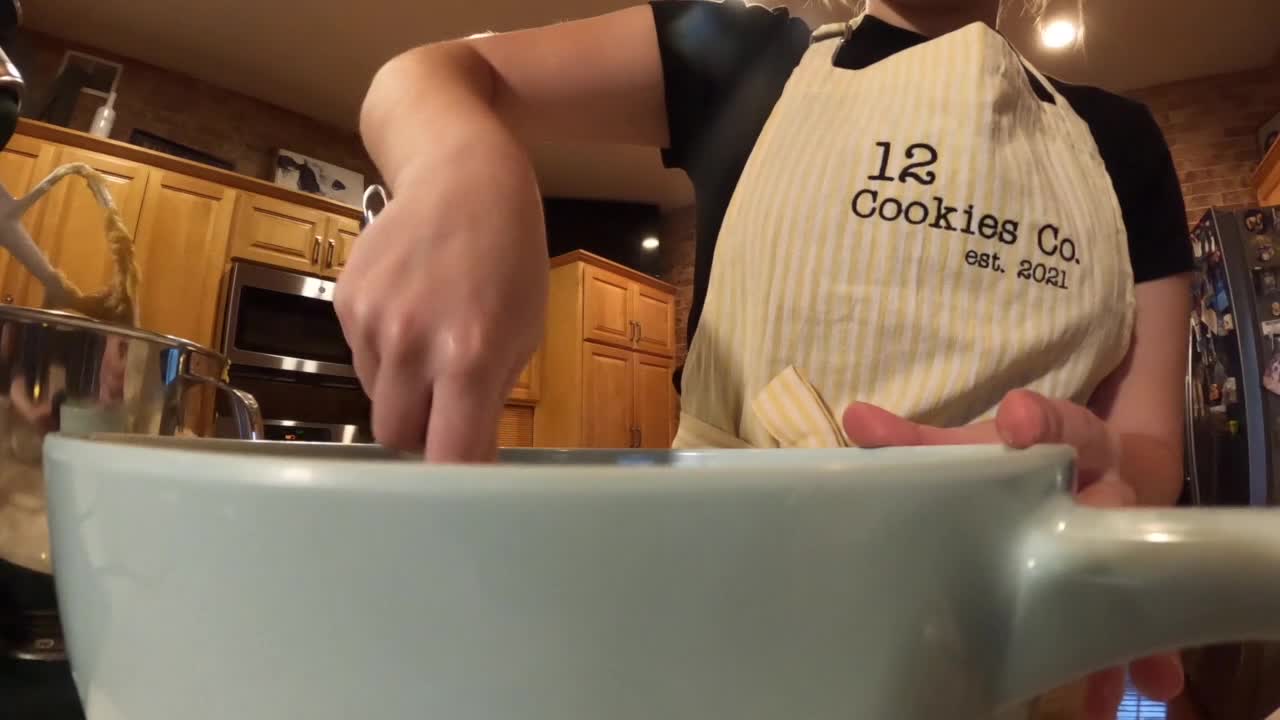 “I started baking when I was young, just every now and then but when I was going through treatments I’d come home and my therapy was baking,” said Layla Mathews. “I started to know the basics of baking and I started creating my own recipes.”

When she was 12 years old, she was diagnosed with a rare brain tumor.

“I started throwing up and I had bad migraines and doctors through it was just the flu,” said Layla.

Her parents pushed for a CT scan after initial treatments didn’t help her symptoms.

“It was finally one of those things where enough is enough,” said Chad Mathews, her father.

The scan showed a mass on the right side of Layla’s brain.

“It’s one of those ‘Can you say that again? Cause I don’t think I heard you,’” said Shannon Mathews, her mother, who explained they rushed Layla to Masonic Children’s Hospital.  “We were wheeled up to the ICU and then in two days, they had a team together and she had her first surgery two days later.”

Chad Mathews added, “At the beginning, the scariest moments are where you have more questions and you literally don’t have any answers and you just have to trust the plans, trust the physicians.”

He worked with a team to develop an aggressive plan to treat Layla.

“Her diagnosis is ependymoma,” said Dr. Moertel. “Every brain tumor in a child is rare and this particular tumor was rare among rare so it put her in a very unique place.”

She had six surgeries, six rounds of chemotherapy, and six weeks of radiation. Her treatment lasted about a year.

Throughout it all, Layla found an escape in the kitchen at their Becker home.

“I always liked coming home and just being home and either doing slime or baking,” said Layla Mathews. “Something that was different from what I was going through.”

She added, “It was just kind of calming.”

Layla brought samples to the hospital and shared them with her care team as she developed new recipes. Her baking continued after she finished her treatment.

“There’s always the risk of it coming back but I think positive and I’m cancer free and I don’t have to worry about that anymore but my future is cookies,” she said. “I was like, ‘I want to do this for a purpose and I would like to give back because that’s where it all started.’”

The name of her company honors the age she was diagnosed and her treatment journey.

“It’s not easy but if you have people around you supporting you and praying for you, you will get through it easily,” she said. “Try to keep your mind off of it and don’t think about it, don’t think about the dark things, think about what’s on the other side of the tunnel.”

Layla is doing her part to make that light a little bit brighter. When she hand delivered her first donation to Dr. Moertel, she said, “I just felt grateful for what I’m doing and who I have in my life.”

“I was flabbergasted,” said Dr. Moertel. “A lot of kids come back and try to give back in different ways and she has found a way to do it that’s so unique and so special and will truly benefit other kids.”