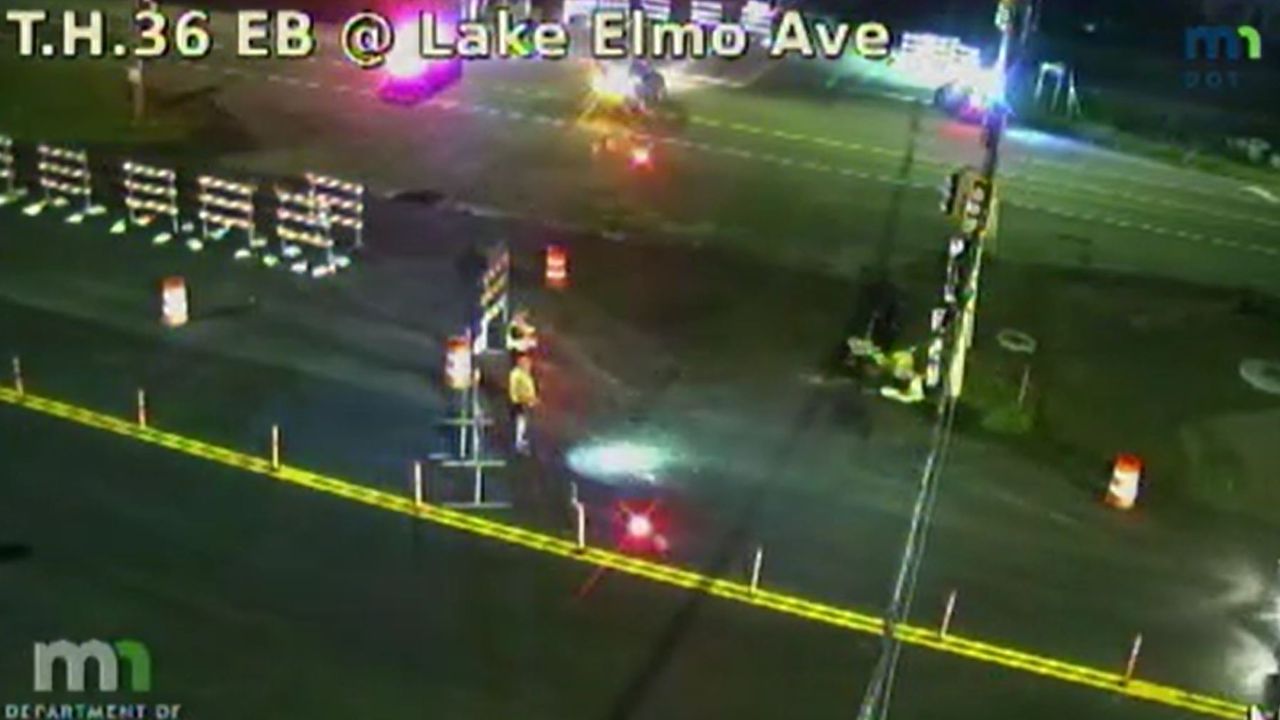 The State Patrol says it is investigating a fatal crash on Hwy. 36 in Lake Elmo. The crash happened on Thursday, July 28. Credit: MnDOT

UPDATE 7:15 a.m. – Authorities say one teenager is dead and two others are recovering from injuries following an overnight crash in Lake Elmo Thursday.

According to the Minnesota State Patrol incident report, authorities were called to westbound Highway 36, just west of Lake Elmo Avenue at 3:31 a.m. for a report of a crash.

When they arrived, authorities say they found a Chevy Equinox was traveling west on the highway in a closed off construction zone, and had hit a dirt pile.

The vehicle then rolled, and the driver was ejected, according to the incident report.

Meanwhile, two others – a 16-year-old and another 17-year-old – were taken to Regions Hospital for non-life threatening injuries.

Both passengers were listed as wearing a seatbelt, while the driver was not.

Editor’s Note: While the Minnesota State Patrol incident report has publicly released the names of those involved, KSTP is withholding the names per family request while other family members are notified.

According to the agency, the crash happened on westbound Highway 36 at Lake Elmo Avenue North.

Officials haven’t released information as of this time regarding how many people were involved, as well as the extent of any other potential injuries.

The crash caused a portion of highway to temporarily close from Lake Elmo to Keats avenues.

Authorities reopened the road around 5 a.m.