The former Brooklyn Center police officer is charged with second-degree manslaughter in connection with the death of Daunte Wright.

“We demand for equal justice, we demand for accountability,” said Mohamed Ibrahim, deputy director of CAIR-MN.

He joined civil rights attorney Nekima Levy Armstrong, Communities United Against Police Brutality and other organizations in a news conference to call for the higher charges. 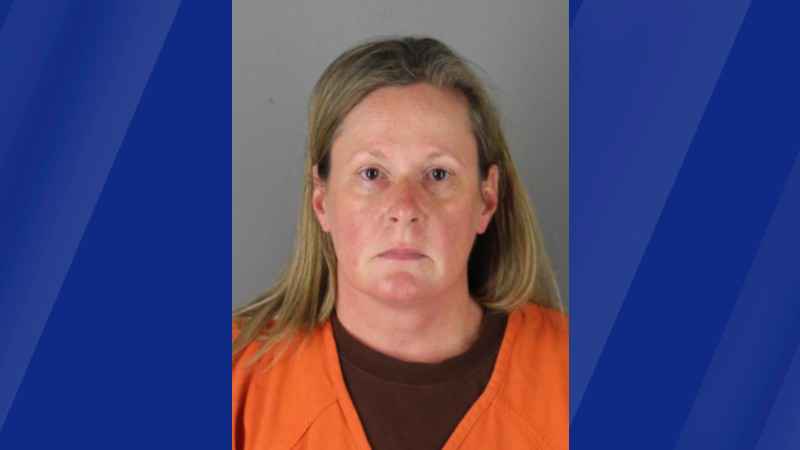 “We saw murder charges brought in his case,” he said. “We are asking for same equal treatment.”

Noor was convicted of the two lower charges.

“They’re both police officers who both killed people who absolutely did not deserve to die with no question,” University of St. Thomas law professor Rachel Moran said. “They’re both police officers who fired off sudden shots that no one was expecting. … The most obvious distinction between the two is that former officer Noor, he did mean to use his gun whereas former officer Potter is saying that she did not mean to use her gun that it was a horrible accident, but she meant to use a Taser.”

Moran said there could be a legal argument for third-degree murder in Potter’s case but can’t say there definitely is.

Third-degree murder requires state prosecutors to prove someone unintentionally caused someone else’s death and did so by committing an act that is “eminently dangerous to others” and shows evidence of a "depraved mind without regard for human life".

According to Moran, “The state has to show that your act was so dangerous that it showed a lack of regard for human life. … It’s more than just you did something negligently.”

She said Potter’s case is tricky, noting she hasn’t seen all of the evidence.

“Let’s say she meant to use a Taser," Moran said. "There still could be an argument that even the decision to use a Taser, which is less-than-lethal force but still very dangerous to people, was the wrong decision when you’re just trying to stop someone accused of a very low-level offense.

“And so there could be an argument that even that decision showed a reckless disregard for life and coupled with whatever confusion she had that resulted in her using a gun instead of a Taser, could rise to the level of indifference to human life. But it’s not clear cut.”

Noor is appealing his conviction. The Minnesota Supreme Court is taking a look at third-degree murder in June as a result.

“They’re specifically deciding whether ‘to others’ means you have to endanger more than one person, or whether the third-degree murder statute can apply even when you only endangered a single person,” Moran said. “What the Supreme Court does in Noor could affect whether there’s a later decision to charge Ms. Potter with this higher count of third-degree murder because her actions also likely just endangered one person.”

Orput didn’t return a request for comment on Friday. When charges were announced, however, his office said, “We will vigorously prosecute this the case … spare no resources in seeking justice for Mr. Wright.”

Community leaders are asking Orput to step down.

“We have zero faith and confidence in Pete Orput’s willingness to bring murder charges in this case or successfully try the case,” Levy Armstrong said.

They are asking Gov. Tim Walz to appoint Attorney General Keith Ellison as a special prosecutor.

5 EYEWITNESS NEWS reached out to Ellison’s office about the possibility and received this statement: “Attorney General Ellison has confidence in County Attorney Orput’s handling of the case.”

The Governor’s Office told 5 EYEWITNESS NEWS that Walz trusts Ellison and knows that’s where the attorney general stands right now. If Ellison decides he wants to take over the case, a spokesperson said Walz will hand the investigation to him.